Standing Up For One's Beliefs 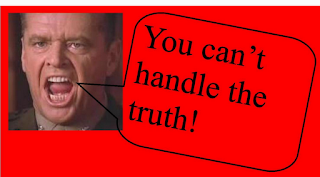 It isn't always easy. I lost a social website friend the other day, telling them I was against NDAA and deeply concerned about the loss of civil liberties in America. I wrote "I remember the days when people gave a nod to civil liberties and cared about freedom in the USA, now it seems those days are gone." They got angry, and mocked me. I don't make friends pass political litmus tests to be my friends, but notice sometimes, this favor is not always returned.

Read this article to read about some of those growing concerns that others share.   There were people who have spoken out at other times in history who were rejected and "hated" for what they stood for. I would like to think if I had been around in different times in history I would not have been a coward and would have spoken out. It is not always easy to speak out   to even speak out about such things, I am a peaceful person, but definitely the climate is changing out there in a very negative fashion.

One hobby I have is being a newshound and watching some of the changes in this country has not been a pleasant experience. One thing I face in this world is I fit no demographic, the same way my body doesn't fit, it's like what I believe does not either. But part of life is standing up for one's beliefs even if they are NOT POPULAR and you do not fit the "in" group. That definitely has been a theme in my life. Some may see this as a fault, but I am not a person to mindlessly follow the group. Not to toot my horn and become the conformist's "non-conformist", but I realize one part of being outspoken and this can range from trivial matters to big ticket items, is that you can end up standing there kind of on your own at times. It is a price to be paid.

I know even with weight stuff, I am kind of out on an ice floe with few others, not fitting in the mainstream either.  Sometimes I feel like those who are remain independent thinkers not influenced by a "demographic" block are growing rarer in number. Some idealogues on the left hate me for not supporting Obama and rejecting politically correct speech.  Some idealogues on the right hate me because I am not a 1 percenter who has bought into "trickle down" theories of wealth and takes every word out of the mouth of Glenn Beck or Rush Limbaugh as the gospel truth. It feels this way in the FAT world too. Where do I fit? I know belief wise, I cannot buy into the demanded ideologue of the size acceptance world either, where one must accept their fat or else. Here I have fallen in a strange middle place where the size acceptance world rejects this blog for not being 'fat-accepting' in the way they require, and the diet industrial world just has more shame and pain to offer. My body, my life discounts so many of their theories on both sides, and well, obviously that has been a theme on this blog. I have written about this issue many times. That said, I detest the diet industrial complex and what it has to offer and PROFIT it from.

Maybe it is because my life has been so unusual, the fat weighing me down for so many years, the hitting the brick wall over and over and my life in the balance from the weight. I think even backing AWAY from being 700lbs and a steady fast gain may be the exception to what really happens giving me a different outlook on what it means to be fat and what is happening with obesity in America. I know this blog has what some would term "alternative theories" regarding obesity and not your normal size acceptance conclusions but these are things I have been thinking about and looking at for upwards of over 15 years. I really do believe the truth is falling in the middle between those who say BE FAT and don't worry about the health repercussions or accept them at our behest even if you are in the supersized category and the Diet Industrial Complex offers no workable and only harmful answers as well.

My main point is to stand up and demand the TRUTH. The Truth is what I am interested in. Even when it comes to obesity and everything else.

Posted by Five Hundred Pound Peep at 9:16 AM

Email ThisBlogThis!Share to TwitterShare to FacebookShare to Pinterest
Labels: Be an Independent Thinker