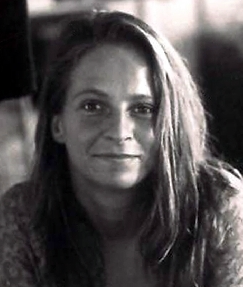 David Sedaris in response writes an essay about of how awful she is.

Is my theory that Tiffany had been the family scapegoat too far out?

I don't think so.


Now We Are Five

This is one of the meanest articles about anyone deceased I have seen.

So this wealthy academic writer whose relatives have money to spare and then some writes about a sister's suicide where they don't help her or provide any other support system, and leave her to die in poverty and squalor in a rented room "on the hard side of Somerville Massachusetts" , while he blathers on about the purchase of a family vacation homes and rentals and decides to put her down even in her death? Where was sister Amy Sedaris [of Strangers with Candy fame?]

One commenter here, brings up an interesting point:

"but I found her penniless death juxtaposed with him buying a beach house on a whim just heartbreaking."

After deciding Sedaris is a full blown narcissist--and yes I know I am not a psychologist,  I google "Sedaris and narcissist" and notice others have come to that conclusion as well:


"His reaction is revealingly narcissistic. Instead of wondering why she killed herself, he dotes on the fact that she 'ripped up the family pictures' and that this was 'melodramatic' (pot meet kettle!). Then he wonders how she could have 'left' such wonderful people (including himself!). No wonder she killed herself...it sounds like a family of people with narcissistic personality disorder."

Going back to his article that basically trashes his sister: His comparisons to his sister dying with nothing comparing her to a toddler are disgusting.


"Compared with most forty-nine-year-olds, or even most forty-nine-month-olds, Tiffany didn’t have much. She did leave a will, though. In it, she decreed that we, her family, could not have her body or attend her memorial service."

Sadly her final wishes weren't respected either. This is an interesting admission:


"Lisa, Gretchen, and I treated the others like servants and did very well for ourselves."

Of course the obituary was written in a way so the family would not be questioned about the conditions they allowed their sister to die in. That stood out to be too. There is no empathy for her being shunted away for YEARS to a reform school [Elan] which was notorious for abuse. What kind of family sends off a daughter for two years? Maybe she talked "at" them because no one ever was interested in actually listening. Where was the kindness and compassion for her?  He admits he really didn't know her well. Well did he try to get to know her? It's as if she got thrown out of her own family, of course they will say she was the one that left, but then how and why did she leave? He makes her out to be a druggie, but a pot leaf drawn on a school folder in the 1970s means very little. He couldn't come up with more then that? He has an argument with her and doesn't talk to her for eight years?

In narcissistic families, material possessions are the measure of all things.


“Just awful,” my father whispered. “A person’s life reduced to one lousy box.” I put my hand on his shoulder. “Actually, there are two of them.” He corrected himself. “Two lousy boxes.”

The "We are so wonderful" message here is sickening:


"How could anyone purposefully leave us, us, of all people? This is how I thought of it, for though I’ve often lost faith in myself, I’ve never lost it in my family, in my certainty that we are fundamentally better than everyone else."


This statement from the parents also is telling:

"We had other kids . . . You think we could let the world stop on account of any one of you?"

I went and googled about Tiffany, from what I can tell while she had mental health and other struggles, she seemed like a nice person, she was an artist in the community and had friends.

Her art was beautiful.

I don't think so much of David Sedaris. Some may find his hipster-esque narcissism charming. I checked out a few books of his from the library and tried to read them. Something bothered me. The smug attitude? The humor at the expense of others?  But now I know why, I did not continue.

"Funny" and even "charming" people with "no heart" don't appeal to me. His sister deserved a lot more then that.

Perhaps she summed things up regarding her family in this comment from years ago.

"Tiffany is the family black sheep, the one who was sent to reform school, the one who tells the family, early in the story: "Don't you get it? I don't like you people."


Looks like to me, she had reason NOT to like them.
Posted by Five Hundred Pound Peep at 3:34 AM