The Democratic Party Deserved to Die

The Democratic Party Deserved to Die

"They said they were facing an economic apocalypse, we offered “retraining” and complained about their white privilege. Is it any wonder we lost? One after another, the dispatches came back from the provinces. The coal mines are gone, the steel mills are closed, the drugs are rampant, the towns are decimated and everywhere you look depression, despair, fear. In the face of Trump’s willingness to boldly proclaim without facts or evidence that he would bring the good times back, we offered a tepid gallows logic. Well, those jobs are actually gone for good, we knowingly told them. And we offered a fantastical non-solution. We will retrain you for good jobs! Never mind that these “good jobs” didn’t exist in East Kentucky or Cleveland. And as a final insult, we lectured a struggling people watching their kids die of drug overdoses about their white privilege. Can you blame them for calling bullshit? All Trump could offer was white nationalism as protection against competing with black and brown people. It wasn’t a very compelling case, but it was vastly superior to a candidate who enthusiastically backed NAFTA, seems most at ease in a room of Goldman Sachs bankers and was almost certain to do nothing for these towns other than maybe setting up a local chapter of Rednecks Who Code. We bet that Trump’s manifest awfulness would be enough to let us eke out a win. We were dead wrong. Here’s my version of the Democratic Party autopsy because, make no mistake, the old ways of the Democratic party must die.


Hillary Clinton’s shortcomings were obvious from the beginning to anyone who bothered to open their eyes." 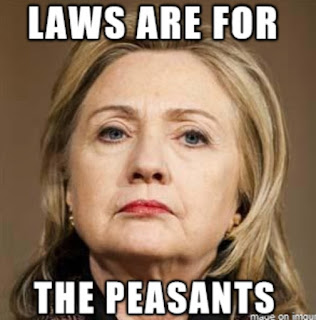 The thing that kept Democratic party going for decades, was at least trying to look out for the little guy [you know the working class, and others] and when that got kicked to the curb, and they became more like Republicans then they became toast. Both parties more and more merged together in supporting the same agendas. Ask yourself why Obama continued ALL of Bush's wars?

This may shock a few but I was a diehard Democrat for years until around 2001. Then I realized the party wasn't speaking for me anymore and there were other things I didn't agree with. When I became a Christian, that alone made the Democratic party no longer work for me. I still hated the Republican party but where was I going to go? I started at that point voting for as many independents and third party people as I could vote for, but none of them ever won. Sometimes the only thing I voted for that passed would be local measures like millages and other matters.

The Libertarians while excellent on civil liberties and standing up against the police state disappointed me with their worship of Ayn Rand and strain of throw the disabled in the gutter, and their unicorn myths of free markets and banker worship. The Constitutionalists while excellent on ending the Fed and questioning the United Nations seemed gung-ho for false Dominionism and Theocracy and Old Testament edicts. Of course there too the disabled and the poor were not seen in good ways. The Green party while wanting to fix economic issues was more liberal, but at least didn't want to throw the poor in the gutter. Voting got really complicated for me and I probably have ended up with the strangest ballots in the history of America with blanks all over as I tried to vote for the most independent minded ones.

The Democratic party lost touch with the heartland of America.  I read some of the Wikileaks emails, even with random search words of my own and it was all globalism, overtly-antiChristian stuff--remember I am not a Dominionist, and out of touch technocrats to the max. They simply didn't care about average America Joe and Jane.  Bernie Sanders did somewhat because he did talk about the economic suffering of the average America but he was shoved aside for the mega-corporate choice. In fact while reading those emails, I was shocked reading how out of touch they all were with their gloating globalism and lust for empire, and simply not caring about the plights of everyday Americans.  Hillary's lust for war with Syria, I believe also scared the crap out of millions of Americans, because they knew Russia was pushing back. They imagined millions of mushroom clouds across the landscape. This got Trump voted in too.


Throwing a few social agenda crumbs, wasn't enough either when regular people saw their fortunes massively fall. Remember I do not support Trump and did not vote for him. Hillary was so awful though, what was there to vote for. I and my husband had discussions, where I told him, "She never talks about the economy, in her wealthy world, the status quo is just great. Democratic politicians kept talking about how great the economy was." I thought they were delusional. I voted for one local Christian Democrat woman, she seemed to care about the economy and freedom issues being more independent minded, I chose her for parting from the herd. Hillary didn't.

I hate the Republican party. Tea Partiers make me puke. I don't have the hopes and dreams of Republican party. It's not God's party to me but the party of throw the poor in the gutter, destroy worker's rights, destroy disability and make more money for mega-corporations and the 1 percent. I left my last church over their blind Republicanism and overt praise for war. Yes that pastor preached constantly "Those who don't work, won't eat". I saw smug middle class and above people with the exception of one or two nice ones, who looked down at people like me.

Trump will bring more of the regressive policies, that started this nation down the downward spiral, with Reagan. Why haven't people learned their lesson yet? The guy is against the raising of the minimum wage. Maybe he will end those horrible free trade deals and TPP, but there's far too much crazy horrible baggage to go with it.  His racist, misogynist and blundering ways scare many. Trump still supports the wars, and the police state. He has called for more law and order. In the nation that locks up the most people in the world, is that something we need more of? How about some freedom for once? We now have a guy who was a reality TV actor who owned casinos that had strip clubs in them.

I agreed with a few things Trump said about economy but with the whole picture could NOT support him. He got elected making false promises about the economy while Hillary Clinton acted like everything was just fine, and what a great "recovery" and probably two thirds of the country said, "What Recovery?" and went to vote for Trump. 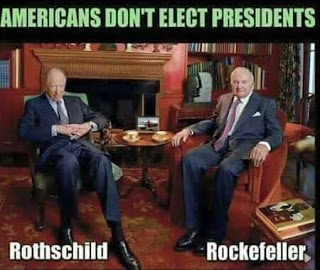 I believe Trump feigned populist talk, and pretended to care about the poor and suffering of America to get elected. This talk got him elected even with the policies on paper outside a few rescinding of trade deals which will just take us back into more poverty and oppression. It's the same bait and switch game. The bankers want to keep their power, the globalists want the parade to continue. I believe they may even be taking things back to a bit of nationalism to get some war machines humming. 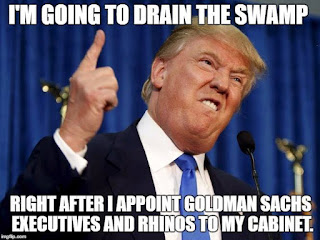 Anyhow this is a scary time in America. The main two parties have failed us. They were designed to, I suppose.
Posted by Five Hundred Pound Peep at 7:08 AM