The Fleas of Narcissism 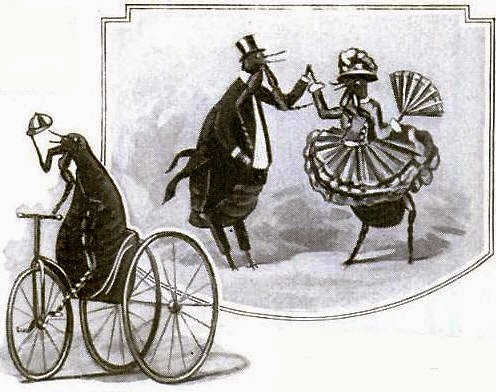 I have read about fleas of narcissism before. Lucky Otter talked about fleas recently too.  These are the things you can end up with from being raised in a narcissistic household. These would include learned behaviors and reactions they taught you during your childhood.

One thing I want to add here, is that if you are worried about being a narcissist, while some children of narcissists become a narcissist like them, you often are NOT! Narcissists do not worry about it, the very idea that they may be disordered is way beyond them. They would never in a million years admit anything is wrong with them. My mother in one pissed off email fest actually wrote, "**** thinks I am disordered!" by then I had laid it out and wrote to her that she was a narcissist and had no empathy, though I came to the sociopath conclusions later on.

One fleeting thought someone raised in sick sociopathic households can have, is "Am I anything like them?". One can have this feeling of, "Has the evil infected me?" Being raised with no love, I wonder how I was able to love people and I do. I knew by a very early age I did not want to be like my parents. For Aspies, justice is very important, it is hard to explain, some see Aspies as being little minion "rule-followers" but it's different then that, we want to follow what is "right" over wrong. My conscience was very different then their's. One thing that would happen to me is my parents would slap me for being "too sensitive". I was told constantly to "harden up"! Today as a 40 something, I know telling a ten year old crying Aspie, "You can't cope!", is pretty sick.

I struggle with my own worries about evil then. All Christians do and have to battle against the sins they may commit. God is merciful and there to forgive once one repents but I have worried about falling away under my crushing poverty and losing trust in God. Even crazy bad health problems one's thoughts can go into despair, instead of prayer. The concept of conscience was not taught in my family or acting according to one's conscience. I was different. I felt guilt.

However I struggled with a few fleas from being raised in my family. My family all had violent tempers, with screaming, yelling and throwing things and using foul language. They do not censor their tempers. Even Mini-Me has a bad temper and I saw her screaming at her kids a few times.

I can struggle with a bad temper though I have learned to temper it somewhat and try to keep the yelling to myself as much as possible within the confines of my apartment. I would never touch anyone, but when angry I can yell loud.

Long ago I learned to walk away from people while yelling, to keep the damage more minimal. The other day,  I started yelling about a door being locked in my face, and hopefully no one heard me. I said one irritated low volume thing with no cussing they did hear, and then thought inside, "I better cool it". Aspie melt-downs can complicate this, sometimes an Aspie is not mad but just anxious. I know I am not perfect and well, everything is a work in progress.

My family does not feel guilt over their tempers, they think it is okay to rant and rave and cuss the room blue. I was always embarrassed to eat out with my father because he would tell the wait-staff off over every little thing and even would yell. I had visions of goobers hitting our food back in the kitchen.  You know something is wrong when the neighbors are calling the police constantly over your family's screaming and yelling and they show up and because of your father's position do absolutely nothing while a poorer guy would be getting dragged off to jail.

This is an area where I definitely had to learn NOT to be like my family and to keep it in check.

Other ACONs may struggle with taking criticism--I am okay with criticism that is meant for improvement but not for the mean kind.

One rarer flea I can get is if I am around people I can tell do not like me or don't understand Aspies or have personality traits like my parents is I can get very sarcastic and will go into "fight or flight" mode inside. I will go into Aspie blunt mode and not "cloak" for the neurotypicals and throw caution to the wind. However this can be dangerous around narcs and other personality disordered types who can manipulate things to turn my emotions against me. Aspies have to remember blunt honesty isn't always the best social mode. Around narcs of course, silence and disappearing is safer.

I found myself  in a "fight or flight" mode in my stomach and having some of my fleas come out too often when I was around certain personalities. Sometimes it is not even something that a particular person is doing or any personality disorder but a clashing of values and world view.

This is one thing ACONs should always pay attention to when it comes to dealing with the world. Pay attention to how you FEEL around certain parties. These are feelings I am learning to pay attention to. Not everyone is a narc but we have to learn to control our fleas around personalities who may trigger us or we may differ with. I know there are neurotypicals out there who have no capability to understand me. Of course we have to be mindful of the personality disordered who may be out to hurt us too. During the early stages of no contact we can be more sensitive too as we wake up to new ways of doing and acting coming out of fog.

Others may have a hardened view towards the world. I know I did for a short time. My parents would scream at me for being "too sensitive" and I had that weird abuse where they denied me the protection and treatment owed a young girl where I was treated more like a boy. I was told to harden up and not to have feelings. My feelings angered them. They failed in this change of me, but there was some fleas left over.

An ACON going through this one can get feelings like "Everyone is out to get me.", "I'm not going to be a sucker". I had this in my 20s to an extent expecting that everyone was going to screw me over. One roommate even asked me, "Why do you have to act like such a tough girl?" Get hit enough times and you are always ducking and this is not a good way to deal with the world. When I lived in the ghetto, I did grow somewhat harder and when I escaped to a small rural town, had to adjust my entire stance towards the world. I didn't need to walk around in defense mode all the time even if I had to learn balancing this one, self protection balanced with openness. I actually had to learn and experience that there were good, kind and loving people in the world which defines many of my friends.

One thing I had to do after becoming a Christian in my thirties, was I did use the Christian people I met as role models. I would pick older women, and some I still have on my social website, and would observe how they treated people. These were women with loving families and who gave to the community and treated people fairly and kindly. While I did Aspies are more apt to do this, in choosing mentors. My best jobs when I was young,  I always had a mentor.  I don't think this is a bad thing to do. I was doing it at an older age then most, but choosing positive role models when you have had negative ones for far too long is a good thing and I think a sign of healing.

So fleas can be overcome, you just have to be aware of them.

Update: I deconverted from Christianity. I was misled using Christian people as role models.A few are real people who are kind, but those were rare.