What Being Fat Has Cost Me 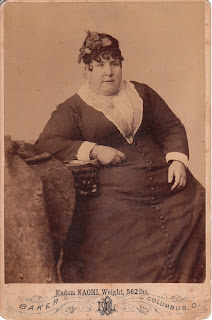 My husband tells me when I get in regretful moods, not to blame myself, "you did what you could". He was there, right after the first 50lbs of the fast weight gain, and saw how ill I got, where my hair fell out, and all the other signs and symptoms and how FAST the weight all came on. He knows my life has not been normal and knows what I eat everyday. At least one thing I have been spared is one of those spouses that goes to complain about me on "My Fat Spouse", the people who all seem delusional in their idea that anyone would choose to be fat. He is larger himself but certainly nowhere near my weight category. I suspect when we were young, given the immediacy of my weight gain, I knew even during those ages, we thought I would get "better" or more normal but at the time I was married, I told him, "I may not live long", and it's true, I married at or near my peak weight.

Lately thought I have been rather pensive and thinking over life, the last few years have been spent in a sort of middle life crisis sparked off by moving out of my old missed rural town. While I am getting involved in the community, volunteering and meeting friends as much as is possible here working around my housebound times, I never got over that feeling of feeling sort of "lost" like I do not have a niche anywhere. As I have gotten older this feeling has only gotten stronger. Where do 500lb people fit in, in today's world? You know that your body alone gives you a sustainable "outcast" status in many circles even if you have a relationship with God, community involvement, friends and activities.

I managed in my last small town to an extent with a great small close knit church and other groups I was involved in and working on it now here too, but life spent as an economic nomad, with a very spread out uninvolved family network where weight alone has made me the black sheep, this feeling seems to be growing stronger with age. I believe one of the worse things about being fat, or in these high weight categories, is there are very few who share in your pain, in other words, most normal people do not understand your day to day existence. In other words, I think my 15 years of being in the super-stratosphere weights, has taken it's toll. Who relates to my life? Most people who have been my weight are dead within a few years. I have trudged along for over 15, since my weight peaked in 1998. There are no books, no websites, so few to connect to, who has shared in this experience. I found two friends one who became very close, who did. They are both gone now, and I miss them everyday.


One odd thing is to think back to the days, when I was an art teacher, earned my bachelors degree, and worked as a residential counselor, and think of how much I struggled from illness to even get through college and do these jobs, and before the gain, was trying to switch into the paralegal field. I know the fat cost me the career. Some could concede given that my lungs went before the weight came, that there were other factors far beyond obesity and I would agree but I think of what I could have accomplished in life without this burden of a body to carry around and it does grate on me. Thoughts about what I could have been or done in life, come forth. What could I have done for others without this burden?

Severe obesity whatever it's causes, endocrine, metabolic, food addiction issues, almost does relegate one to a regressed adulthood. Now that I have hit middle age, I look around and realize, that it impacted everything, the career, the socio-economics-the times of poverty, and life itself.  My affected fertility which meant no children, the severe health problems, and more, paved a way that would be very difficult. Other adults my age that grew up in my socio-economic level,  have fully developed careers--[well those the economy hasn't managed to wipe out yet], homes, and are becoming grandparents.  Now if one made the mistake of endless comparison, only depression would be the reward. There are other things I have managed in life such as volunteering, art, poetry, marriage, good friendships. I still have plans as well in where to move forward.  There was the time when I got to work as an art teacher and others that were enjoyable. I have found my own meaning in life and because my weight gain came later at least got to live in semi-normal land until my late 20s but I know the weight narrowed down my world and has come at a major cost.

These are things they won't talk about on size acceptance websites, but I will talk about it. Many out there do not want the truth spoken. Does this mean, go starve yourself to reclaim a life? Even I know only the very few escape, sometimes the rare person usually with normal metabolism who are able to overcome a psychological based eating disorder and start eating normally sometimes make it out but the fact of the matter is, very few are escaping and the pat answers aren't doing it anymore. I even believe myself to be a rarity in having backed away from near 700lbs and managing to stay alive. While the world will judge me, I believe God knows what I went through and understands.
Posted by Five Hundred Pound Peep at 7:53 AM