The Aunt That Loved Me 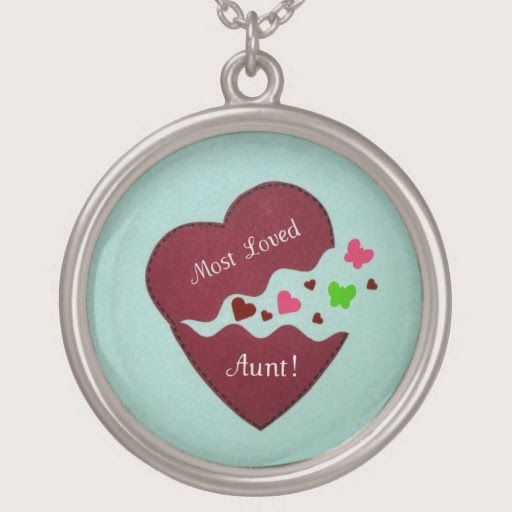 [picture source]
When I was five, I already knew I had been I had been born [or adopted?] into the wrong family. My Aspergers was not welcomed in a family full of personalities where anything "deep" was to be dismissed and being a book worm and having feelings was seen as "weaknesses". As detailed enough on this blog, I did not grow up in a happy household. Beyond the narcissistic abuse, there was never-ending screaming, and yelling. One could never even sit down and rest for a moment as one of the narcissists would go ranting and railing about everything from a shirt hanging over a chair to the wrong number of ice cubes in their drink. Anger was the default emotion with the two emotional Neanderthals I grew up with. So lets just say by age 5, I knew something was seriously wrong with my parents and even one day peering out through a friend's fence, overheard my mother telling a friend how weird I was and how I was "too smart" for my own good. My mother did not love me like other children were loved by their mothers and I knew it this young.

However out of this giant mess, Aunt J. would show me some love, acceptance and memories that I was able to lean on as life proceeded. This may have saved me in that I had someone tell me I was a decent human being among the chaos.

At times, us kids would get sent away to other relatives homes for extended periods of time. I usually looked upon these trips with anticipation and happiness. At age 3 and half, I and my brother lived in New Jersey a short time with other relatives while my sister fought to survive an extremely rare autoimmune disease. She would be one of the few that survived but this took my many months. By the time I was 5, my sister had survived, life continued on, but it was decided I would be sent to a relative's house for the summer while my family vacationed elsewhere. My memories are vague as to why I was sent away for so long but let's just say why I was not unhappy about it!

I took my first plane ride with my mother's best friend on the way back to their hometown. She was a nun who I looked up to at the time and who later left the convent 23 years later. Flying was exciting and being too young to be afraid of air travel, my ears popped and hurt and caused me some pain, so the trip was a tough one.

My aunt lived in a rented white bungalow out in a rural area. Across the street were farms and endless corn fields same as my grandmother's house which wasn't far away. Aunt J. was young then, 22 years of age but to me she was a grown up. Even my own mother was a mere 28 years of age. She was tall and thin with long brown straight hair and dark brown eyes and very intelligent. She had just had her first child, who was 6 months old. My uncle, who years later would write New Age books on Affirmations and go to New Mexico to "find himself" was her husband of a few years who she had married straight out of high school.

She showed me around the house as I got there, and this being the early 70s, I recall the pillows, comfortable chairs, and in one corner the Indian rattan chair with a huge round disc-like back. The living room held her newly purchased leather black couch. She made a tidy welcoming comfortable home.

We would spend much time outdoors, while in front of the house there was a circle driveway and a broken down shed in the backyard which a very large garden was next to. Unlike my parents who yelled at every weed and treated gardening as an exercise in self inflicted misery. Aunt J. loved plants and they blossomed under her care. She had huge broccoli and cauliflower plants, I remember to this day with their huge green and white roundness, big flat leaves and crisp smell.

My father would meanly grouse about my aunt and uncle, "the hippies", to me,  they were just more laid back, fun and nicer. My aunt was into art and alternative interests from health foods to later in life anything Native American including a collection of pottery and dream catchers and camping. We seemed to bond immediately. Sure at times she would tell me, "Be quiet the baby is sleeping!" and other reminders but I felt much more relaxed around her. I felt she understood me more and cared about me. I was so young but remember talking to her about so many things and actually being listened to instead of dismissed.

The summer proceeded, we went on trips to the dam, the woods where I explored natures and visited other relatives and even the neighbors across the street who owned Great Danes as tall as me. I would play with my cousin and he was a happy baby. Learning to draw that summer, copying the comic strip Peanuts into my sketchbook, my aunt's support of my new art talents would impact me for the rest of my life.

This was a period of life that was calm and collected, even though I missed my brother and sister, I wanted to stay living with my Aunt J. and remembered asking her. I was very sad upon leaving. Sometimes I think my wanting to stay increased the problems between me and my mother. I came back to a redecorated bedroom but felt like I had just left "home". Of course I was only 5 going on 6, an adult of good intentions may have asked "Why was my daughter so much happier away from home?"

Over the years my family would visit Aunt J and her family, she would have more children in 1980-two fraternal twins. She loved her children very much, and seemed to share a special bond with them that I ached for myself. She took them camping, read books to them, and shared her love of photography and art with them. Her husband would later leave her for another woman,[around 1982 very soon after the birth of the twins] and this was very hard for her to go through. She continued to provide a decent life for her children, luckily managing to hold on to another house her and her husband had build down the street from my grandmother's house.

We would continue visits, at times when I was over 18, I would drive down to visit. I would talk to her in her kitchen of sailboat glass hangings and bright orange counters. I could share things that weren't as easy to share with other family members. She knew something wasn't right with my mother but of course neither of us knew anything about narcissistic personality disorder or people who operated outside of a conscience and feelings.  I would continue these visits into college. There were a few differences as I aged, but I knew my mother was complaining [smear campaigns] about me all the time to others, and I worked hard to hold those lies back, and I mostly succeeded with her though I did not with my other aunt.

She could continue to work hard and her last job was working with juvenile delinquents at the youth home as a child care worker, a job I would just some years later would replicate as an art teacher in a juvenile home. She faced some economic struggles but kept plugging along.

One of the last conversations I had with Aunt J haunts me to this day, when her son seemed to have a premonition of her death to come only weeks later. I, Aunt J, and her son [the baby of my first and extended stay] were all sitting in her living room. I had driven down from college to visit them. It was 1987 and I was 19 years old. Sleeping on her couch and visiting all the relatives houses that included aunts and uncles and my grandmother's house in a row in rural Midwestern area, we were reminiscing.

[ By the way this is something narcissists will not do, the only person I could share memories with in more recent times has been my brother, the past never existed to my mother and sister, and was wiped away clean where attachment to people and places does not exist.]

Aunt J brought up the death of her brothers in the late 1960s, one drowned trying to heroically save a friend on a fishing trip when that friend fell into into the river and one died being shot by a jealous lover. The latter uncle, I would find out was murdered within three weeks of my birth just recently. I knew it was the same year [1968] but never knew the timing was so close. How did I find out you might ask? I found a geneaology page last year that a distant cousin had done of my mother's family starting in Germany in 1823. Birth dates and dates of deaths for the deceased were on it. That was strange and I found myself wondering if my mother's dislike of me was tied to this event, but then my mother never seemed to be one to grieve for very long over anyone. I used to tell understanding relatives, that I was disturbed by the fact that when people died in my family they disappeared and never were mentioned again.

My aunt told me more details of these deaths and about these relatives, I had not known. We went on to talk about others who had died including my grandfather and memories about him.  Anyway midway through my then 13 year old cousin started crying, "Why do people have to die, Mom?" and then said "I hope you never die Mom!." He started crying and was almost inconsolable. We were surprised by his outburst but his mother consoled him, hugged him and calmed him down. I distracted him later and we watched David Letterman, one of his favorite shows to watch on non-school nights at the time.

Two weeks later after I returned home, she would be dead. The death was mysterious, a high impact car crash into a tree on the day after Christmas night. Others said she drove too fast for the road, that she had ended up curving on a road into a driveway and a tree she didn't know. This didn't make sense to me because she was in the area she had lived life long. A relative told me she had gotten in an argument with her then boyfriend and gone out to her car emotional. I don't know, the details were and remain fuzzy. The only fact was the crash was high speed, horrific and she was only 36 years old leaving her sons behind. The funeral was horrific, a week of crying. I took the death very hard. I missed my aunt very much. She was the aunt I loved and the aunt that loved me.

Posted by Five Hundred Pound Peep at 9:01 AM