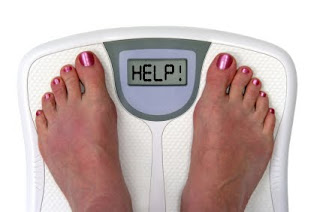 Rocketing over a certain weight instantly puts you in the "freak show" category, and gives others a license to stare. I wouldn't wish this experience on anyone, nor the roving eyes that rest on your body, with looks of shock and horror. Normal fat people can go to the mall, buy clothes off the rack, dance at a club, and attempt to sit on folding chairs. The minute you march over the 350-400-pound threshold, life as most people take for granted ceases to exsist. It did for me.

In 2001, I put up this website, which I later lost the password for and could not update: But I am going to amend and change the essays, reprinted here as the passage of time always changes one's outlook and one comes into more understanding. While my early blog entries will be re-dos of these essays, new things will be coming.

A Story of Body Betrayal

Looking back my survival has been an amazing and empowering experience, at the same time my body began failing me during the mid to late 1990s. I went from working and living at something I loved--being an art teacher- to fighting for my life, my home and day to day existence. For many people rebounding from failing health is a difficult proposition, because it is one thing that no one else can do for us, save for God's intervention.
My story begins in a large city where I moved in November 1994 to avoid living on the street, after a job lay-off. I had gained 50lbs within a very short period of months, and started on the path to life-threatening weight gain. I was never small, but was within my family's range of weight the low to mid 200s, and at 6 feet tall for over 12 adult years, this was bad enough: I considered my weight always too high but didn't know what awaited me.
Shockingly over 350lbs [I would realize the number was closer to 400lbs after being weighed on decent calibrated scales]would become added to my body within 28 months totaling nearly 700lbs. Stress, asthma, bad food, asthma medications-prednisone-inhaled steroids, hypothyroidism, a severe form of Stein Levanthl Syndrome otherwise known as Polycystic Ovarian Syndrome and other problems would all conspire to make me huge. Into the mid-late 2000s, the typical horrible obesity co-morbs, Pseudo-Cushings, hearing loss, a form of cardiomyopathy related to undiagnosed and untreated hypothyroidism, and other thyroid  problems would join the diagnostic parade.
Thirty pounds a month deposited themselves on me. I slept 12-14 hours a night while my long. thick, curly, pride-giving hair fell out in clumps and stopped growing. The oncoming weight felt like cement being poured slowly but steadily into my body. A severe body wide skin disorder that wasnt diagnosed til this year, exhaustion, poor hearing which worsened later, and the inability to sweat made performing many duties impossible.
I consulted many doctors to get a grip on what was happening which was no easy task given the attitudes peculiar to the profession. One 98lb doctor said, You are just lazy, you need to exercise and eat nothing but salads"! Two demanded weight loss surgery without mentioning such pressing matters as thyroid tests. "I'm not eating for this weight"! I cried, though I was hitting around the 2,000 mark everyday.
Written were letters begging doctors to pay attention, a visit to a "center for advanced medicine" which missed the PCOS diagnosis which was obtained 3-4 years later. One doctor even exclaimed upon the showing of pictures "My God you've doubled your body weight in less then a year!" In 1997, I was nearly dead, I knew I had to do something or that was it! My appearance was the stuff of horror movies including swollen giant face, hands and feet.

My long running ordeal would end after I researched what was wrong on the internet and referred myself to an endocrinologist who diagnosed me with hypothyroidism, a disease of the gland that controls the metabolism. {Years later my sister would lose immense amounts of weight due to a diagnosis of hyperthyroidism}. Knowing this test had been delayed and finding out about the cardiomyopathy as a result circa 2009, which was mentioned as a possiblity in the late 90s was hard to take. The thyroid meds definitely helped me and stopped the increase in weight.
Still dogged by inexpicable health problems including severe anxiety, hypoglycemia, brown blotches, hair loss and the craziness of it all, I found a helpful friend on the internet and told her about my ordeal. She said she suffered from a disease called Polycystic Ovarian Syndrome which had increased her weight to very high amount.
After reading my story on the internet, she knew I was facing something more complicated. With her help, I was diagnosed with severe PCOS. PCOS is a badly named disease, in severe cases, the entire endocrine system is affected. My form of the disorder is so bad, a doctor sent me to get an adrenal scan, because my adrenals were pumping out seven times the normal amount of hormones.
PCOS's major symptons include multiple homronal imbalances, high blood pressure, infertility, insulin resistance, diabetes, missed periods, and weight gains that can sometimes be unchecked.
One doctor I had for 8 years told me I had it in one of the most severe forms and could be one of the worse cases in the country. I had the earliest signs of this disease not only by time I was 21 when brown splotches showed up all over me including the back of my neck but as a teen too, with painful periods, weight that remained on the high end despite constant activity, fatigue, and over-all illness.
The result of this weight gain, was hard to take with the change to my social standing and how people had such derision for those who gained weight. Good friends and my husband stood by my side but years of normalcy were over. Weight is used as the hammer upon the head of others, since many refuse to understand why people become fat. They shame, blame, tease the children, discriminate in housing and jobs and put forth the idiotic theory that being fat is a choice, when no one would wish the above on their worse enemy. It's fat people not their skinny brethern keeping the 300 billion dollar diet industry in business, which profits off of you failing and setting up fat people for failure.

To be superfat is a more complicated world, I would lose from the near 700 mark down to the around 500s, which I have bounced around in for years, my lowest mark around 450. At the peak, I could barely walk at all, and stairs were a long ago gone proposition. Being a super-fat person means a life burdened by lazy glutton stereotypes dished out to the viewing public. A good example happened on the cartoon Comedy Central's South Park {which I no longer watch} where Eric Cartman, a boisterous character, gains weight on purpose to get on a talk show on TV. This leads "Chef" to remark on seeing a bedridden Cartman: "He needs to get off his lazy [butt] and run a few blocks." If only it was as simple as that.
How do I deal with the fact that others see me as an object of pity and someone seemingly choosing a lesser life? The best way to deal is to know God knows the truth and to deal with those who see you as an individual first. While some fat people including famous ones, like Walter Hudson from years ago, are shown eating a dozen eggs and a whole loaf of bread, that isn't everyone. Unsaid, is no physiologically normal person even feels the need or desire for that much food. I know I'd be laughed out of the room if I told people, I have to watch, the intake "not to gain" being this size. {more on that later}
I often use doggie bags at a restaurant, and never done anything like order 5 Whoppers though I am sure there are some eating disordered people who have. I fight against fat everyday. Weight Loss is not easy though most of the world is under the false notion as long as you "eat right", you'll never be fat.
No fat person escapes the lifelong struggle. Society's endeavor to turn fat people into thin ones by old touted theories of balanced energy expenditure's have failed. If something does not work, why isnt it being stuck to so extremely? Because it makes money. {more on that later too}. If obesity is not a disease of will, as is popularly believed but a complex metabolic breakdown, at least in some of us, why is there such hatred towards the severely obese?
My body betrayed me but I have not betrayed myself. I survived much longer then predicted, and it is a miracle I am still around today. Out of my own pain, I am hoping to do some good, and challenge for there to be made some changes. Weight needs to be seen as a health issue not a morality issue, let alone an excuse to deny someone a job, taunt them in the street, label them eternal damaged goods, refuse medical care or scrap the basics of human decency. I am not ashamed to say I am a super-sized fat woman. I know how I came to be this. Body betrayal or not, I am proud of myself for making it this far.


Posted by Five Hundred Pound Peep at 6:09 AM

Email ThisBlogThis!Share to TwitterShare to FacebookShare to Pinterest
Labels: My 350-400 Pound Weight Gain