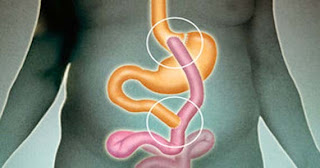 Wow, they are finally admitting it. Here is what I have seen, because of my time in size acceptance and befriending folks with like problems online, I know MANY people who have had weight loss surgery. I believe one friend of mine is dead today as a direct result of that surgery, but I knew 5 personally who died, either on the table, or from the side affects that came later. At least two had to be put on respirators, to make it out of the woods right after the surgery. A 500lb man I met in NAAFA had it done and was dead a year later. I believe the nutritional problems is what kills you in the long term--some even do well a few years down the road, to get more autoimmune and other problems, while the surgery is far more dangerous in the short term for what comes.

That said, I understand why some take this spin of the roulette wheel. Dieting fails. I have had to depart from dieting many times to even control the resultant depression and self-hatred that comes from seeing no results, that includes a college try with Weight Watchers a couple years ago. Now I try to eat only when physically hungry, stay busy and try to take one walk a day--even if its short and barely would be considered a walk by thin people. Fat people get tired of being put down and want to be like everyone else. Some may see me as having "given up" but I am tired. Unless you can come up with something that kills all hunger pain, or allows me to go over 8 hours without passing out from not eating, I want to be left in peace.

The whole WLS thing makes me angry, because I find myself thinking that the money, research and effort could be put forth something that actually works, and does not entail having people have their guts rearranged and has so much pain and torture attached. The worse thing too, and I saw this with friends, is if your weight loss surgery fails, YOU ARE BLAMED, they tell you that you are out eating the surgery, that you are not doing everything "RIGHT". So it doesn't change those problems.

One thing that keeps me from weight loss surgery, is I know the torture of digestive problems that impact ones life. I have finally just come out of severe bowel problems where I wondered if I was at that end of my life, and "cured" things by removing all fat, chlorine sprayed lettuce and MSG from the diet. The severe IBS can still be triggered though on far rarer occasions via anxiety. One cannot function while in pain, and or barfing, even reading a book, or taking a nap, is beyond one's function. All of life is surrounded by pain. So having already suffered this, I'm not ready to sign up for more.

Here's the deal, while this surgery for SOME, offers maybe a few years, of thinner life, and better mobility and function, down the long haul road it fails. I saw a diabetic become a far worse diabetic then ever before even at a thinner weight, I saw a friend die of heart disease, she had lost only 20% of her weight that had been previously far more controlled. I do not buy it as the magic panacea.


Getting bariatric surgery will not decrease mortality several years after the surgery, according to a study published in JAMA.

Although the weight-loss surgery has been shown to decrease weight and diminish diabetes, the older, severely obese male patients in the study were not living longer because of the procedure.

The study was to be presented Sunday at the Academy Health Annual Research Meeting.

The study conducted at Veteran Affairs medical centers followed 850 veterans who had bariatric surgery from January 2000 to December 2006.

When study authors compared the raw rates, patients who had surgery had lower mortality rates with 6.8 percent versus 15.2 percent after six years.

But when researchers compared the 850 veterans to 1,694 similar patients who did not have bariatric surgery, they found that surgery was not significantly associated with reducing mortality.

Matthew Maciejewski, of Durham VA Medical Center and colleagues concluded that “bariatric surgery does not appear to be associated with survival during a mean of 6.7 years of follow-up.”