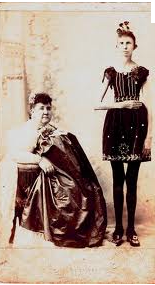 My sister wants  little to do with me, which has been very painful and cost me relationships with my nieces and nephews.  I had to stand up for myself the other day, when she told me that my 830 square foot apartment which is in a safe and nice neighborhood was "not good" enough for her and two of her school aged and beyond children  to visit for more then 10 minutes. Really I just wanted an hour or two, maybe to make a meal? I haven't seen them in a couple of years. Was this too much to ask?

Lest you all wonder what is wrong with me, to have my family disdain me so, realize I have enjoyed many close friendships, through out my life. To me my friends are my family, when I lost a few friends over the last years including Pam who was like a surrogate mother to me, that was tough. That said, I have been blessed by many kind, good and giving friends.  One part of living life to me is making sure to seek out positive and good relationships and community, that is where healing and goodness lies especially when dealing with such immense health challenges.

Even over the last week, a friend of nearly 30 years and I spent some days together. We love antiques-even if I can't afford to buy, I love to look and we made a tour of antique and thrift stores that was quite fun. With another friend, great times and conversation have been made as we make cards and talk about books. Another friend who I met online has been an extraordinary blessing to me. Many of them are like my "sisters". The way they treat me stands in stark contrast to this other stuff.

Maybe in my act of writing about some of this other "stuff", I can do better in letting it go and moving on beyond it. I hope so.  I am praying about moving beyond toxic relationships for good too, I have been on the low contact plan for some years, but that has been enough to cause me too much heartache. There comes a time when you face that some relationships are too toxic for you and that one must walk even for the sake of your own dignity and integrity.  I wanted my nieces and nephews to know me even though I only saw them once every two years or so at my mother's house, and now they are old enough. This is too much pain to carry.

The last few years have been a discovery of finding out about certain personality disorders and why I grew up in a family with no empathy, compassion and where the rejection seemed far harsher then just blamed on the weight alone. I delayed posting this article and even took down one article where I posted about her, you see I loved my sister very much when I was young, we would share our bedroom, jokes, fun and laughter--I have even old letters dating back to those times where that sister seems forever lost. Over time, I had to accept this love was not held in return especially as we grew older.

When she was young, she almost died of a very rare autoimmune condition, I was told as a child, "Take care of your sister!", and I did. My brother and I were even sent to be cared for by other relatives and I remember the very youthful memories, of hospital waiting rooms, whispers and fear. She was 3 and I was 4. One time later when she was a teen, I would save her life, as she was having an asthma attack and my callous parents told her to tough it out which she did obediently, and I screamed and begged for them to take her to a hospital and she passed out and turned blue on the way into the ER.

She would survive all this but then when I got sick, no one paid attention and no one cared. What is really creepy today is that both of us would form an opposites poster, she got hyperthyroidism and became extremely thin, around 120lbs on a 5 foot 10 body while I have dealt with severe obesity. Sister THIN and Sister FAT, like Jack Sprat and his wife. Her with pinched features and the same color hair but an extraordinarily thin body. Even when young she was far thinner then me.

Even getting her thyroid zapped with radiation didn't bring any weight back. The only problem was, why was I seen as a bad person on the opposite path for getting so sick and fat? My brother one time, told me he defended me as my weight was mocked and maligned among relatives, he told them some of what he knew I had faced.

Some of us, I suppose grow up in families where they break apart. Having the close friendships I always enjoyed from age 12 on, where a close female companion was always important to me, I did share this with my sister to around the age of 16, then everything "changed". Did my going away to college at age 17 change it all? Even before then in high school,  I knew my sister saw me as an embarrassment for being fat. You know something is wrong when your own sister pretends not to know you when you approach her in a high school hall.

My sister was the favorite child you see, favored above all the rest. I was the "scapegoat" to the personality disordered and even though I was an A and B student and my sister a C student, my parents favored her with even my brother noticing this as we grew up and the physical evidence being made manifest in my mother plastering her house with pictures of my sister, husband and her thinner children, and no pictures of me and my husband or my brother and his children which are more overweight to this day. Sure I questioned this, but it was to no avail. Everything was about presenting a perfect showroom and life to these folks. The websites that discuss growing up this way, talk about the triangulation that narcissists will do to their own children, and the broken apart relationships.

My sister while we got along into our late teens even though I knew she was the favorite child, as I fought my way through college, and then later poverty and my severe weight gain was told I was "not worthy", "not good" and that I was a "bad" person. Later I would learn how scapegoating works in dysfunctional family systems but my sister drank the Kool-Aid and threw me under the bus without hesitation. Trained to take care of her, I would not understand how weird it was to be told to do your sister's homework or school projects up to her two year degree by one's parents. So the person that exists today has no problem looking down on me, and thinking I am "not worthy" and treating me accordingly. She took to her "training" by my parents like a duck to water. Having heard some rumblings about how one niece may be like me in personality although thin and they hate this fact, fills me with worry for that niece, I pray for her.

She married an upcoming executive that would make 6 figures, at the age of 19, and never lived on her own away from home. She would never face crime, the rented room life with milk crates, jobs like a residential counselor heavy with responsibility but low on pay. Things turned especially when my mother told her not to let me be in her wedding, that my then size 22 body at 6 feet tall, would "ruin" the pictures and I was "too fat". I was 20-21, and she was 19. My sister went along with this. At the time I remember feeling so hated, and this is really when my health was starting to go downward. Today as I have grown into my middle years, I realize how terrible all of this was, but then being so young had no context to understand what I was facing.

Maybe when I am brave enough I will share more, but let me just say, that I know what it is to be alone in this world, at that point in life, I had not developed the close friends save for my college friends who had left and started their own lives at that point in time. Can you imagine the daily bulletins I got about being fat, an embarrassment and worse?

It was awful as as my sister got older she jumped on the narcissistic bandwagon. My mother comes first to her. In fact pleasing, appeasing and being like my mother comes first. She even wears her hair in the same exact style of my mother and seeks to dress like her, like a little Mini-Me. Personality wise there are matches too, an over-focus on appearances, no close attachments and very few emotions outside of anger. One thing, trying to relate or talk things out does not work here. Any desire to meet these folks half way, discuss "feelings" is like bouncing a rubber ball off a brick wall that smacks you in the face, especially since many feelings are not even shared or related to. You either toe the line or get out. The worse to me is all the being lied to constantly.

As she grew into a upper middle class stay at home mother with 4 children, and I struggled with poverty and the rest, she seemed to gaze upon me more and more with the same disgust as my mother. Now I understand the temptations of sibling rivalry and such, and one's own sin of envy, but I have great relationships with many people who live at all economic levels, so just the fact things became this way were a disappointment. I certainly was willing to look beyond the differences from my direction.

My sister was thin, I was not. There are people I have in my life who love me even despite me being fat and my other challenges. Sadly my sister is not one of them. I do grieve this but I can't go running to the empty well anymore. I wanted the laughing fun girl who cared about me back who was a dear sister to me but I realized this was a hopeless dream.  I am happy to be me in the way, that I am glad I was able to grow into my own person. I think being a Golden Child, can form a gilded cage of its own that becomes a trap where a person only cares about appearances. At least I am free of all that. Sister Thin, Sister Fat.


Posted by Five Hundred Pound Peep at 7:13 AM