Going No Contact with A Rejecting Family is Kind of Redundant 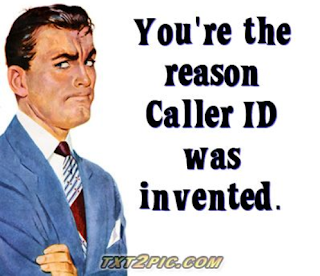 Friends have stepped forward and all have been understanding as to why I had to make this hard the decision to basically walk away from my family. These friends local and far away have been invaluable to me beyond measure.  Four different ones told me this was a brave and courageous step to make.

I know I went no contact for three years in my early 20s. There was a reason for this. Then it put a stop to overt severe verbal abuse. I left my parent's home after a year home from college and basically disappeared into the vapor. I had worked 3 jobs and paid a small amount of rent for one small upstairs bedroom in my parent's house to survive and saved money for a down payment on a car. My parents were angry all the time, because I had not gotten a very high paying job. Downstairs my father would scream with cuss words included about my failures to obtain the upper middle class quick enough.

My new grant based job paid 14 dollars an hour in 1990 but it was part time. Sometimes I am astonished, and think I had my bachelors by age 21 and that job then too. When I look back, I think so wonder I basically broke down physically even, when I was laid off from my two main jobs. All this stress formed the foundation for my later health crash.

This is when I had my grant art job and substitute taught and did other jobs as well such as daycare over the summer and factory and other work. They were angry I was back home and did not get a regular teaching job. Unbeknownst to them, my severe lung problems cut me off the roster of two teaching jobs, including one where the principal told me, I was in no shape to take over the volleyball team and that is why he could not hire me as the middle-school art teacher even though my name was on the top of the list.

I would leave home, packing my car tight to move into a boarding house in an old 4 bedroom house for women, 20 miles in the next city with my father throwing paint cans at me, some full and empty, as I raced out of there. My siblings would talk me into coming back three years later as Thanksgiving loomed.

I guess back then, I didn't think about the overt stuff, or later what years worth of  behind the scenes "smear campaign's" would do to a person's reputation, especially one that lived long distance and could not keep the same amount of contact with relatives as the others due to health and lack of cash.

Well I went "no contact" about a week and half ago. This time, I do not plan to go back. I had to go through the process of letting go [some may say giving up] but I have grown to be a person now that has enjoyed so many good people who love me, this has given me the strength to walk away from toxic people who do not.

Trust me there will be no letters of apology, or any tears or asking me "What is wrong?" from the other side. I was prepared for this and am not looking for any reaction and the less the better as I walk on.  She has the other family members under so much control, that I was able to unfriend so many people on a social website, and have NOT one, write me or ask me why, except for my brother who thought I was upset with him solely because he had not called in a few months who cussed me out, with F bombs. That hurt, not having one ally among the family, but then these are some real extreme dysfunctional dynamics.

During my year of decision [see below] I spent a year trying to get closer to some family members only to realize it was futile. My mother came first to all. She controlled them all.  I was very sad the first few days, mourning them and even crying, but then I sat back and thought, "well they really weren't there to begin with." and dried my tears. I had cried, cajoled, tried to be understood, tried to have close relationships with people who simply weren't interested in listening and never were going to offer one ounce of validation. Some people don't even want your love if you have it to offer. One can't spend their lives visiting empty wells, shared DNA or not. It just does not work!

I never could share my true thoughts, opinions, feelings with them. In the real essence they were strangers. I felt closer to even people I knew through church, with no other contact then I ever did any of my relatives. Trust me I tried everything over the years, it wasn't happening. At least now, I have faced facts they as people never valued many things I did.

The matriarch tried for two days calling me 12 times, and then gave up. 48 hours and that was over. I do not expect to hear back from her again, unless there is some planned manipulation for the future. Perhaps she has washed her hands of me on her end. I never heard anything from my siblings except to be cussed out by one on a social website private message, I almost was going to keep in contact with but then realized the hard way his first and only loyalties go to my mother.

I went through a year of making this decision. Friends understand why I maintained low contact for so long, and my personal circumstances. I think I held on to a false dream too that once I or my husband became more financially secure or other things changed such as my health and weight, that one day I would be "accepted". Never fall into that trap, anyone who doesn't love you today or judges you for health problems or status is better let go. Thankfully I always lived far away in other cities or small towns and "had my own life" but the healthiest thing to do became letting go.

One of my biggest motives to stick around for this long and to put up with what I did, was to have relationships with my nieces and nephews, but even that grew harder and harder as I could not visit and I would only see them 1-2 times a year and only at my mother's house and nowhere else. In fact they are who I will miss the most.

Some people are not born into families that love them or where they belong. This happened to me. It is actually one of the most painful things I have gone through in this life even beyond my health problems. One thing it has taught me is to appreciate those who are loving, and who do see you as a person standing before them and who do care. Those people are my real family.

The Social Stigma of Being Supersized in One's Family

My Mother and Me