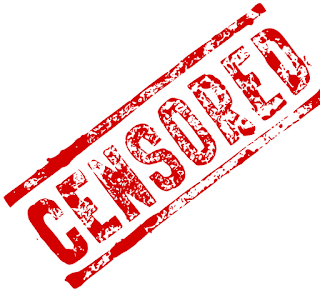 The Burning Platform I wondered why they did not post what I had to say? The website Washington's Blog did post my comment. So I will give them that. It is interesting how many simply want to silence the 500lb woman? What do they find so disturbing about what I have to say and these are websites that dive deep into political and other controversial issues so that makes me ponder. I basically attempted to post on there what I had posted on Washington's blog.


This is a blog that has some good information so I would like to ask you PLEASE PLEASE study the issue of obesity in America far beyond the hyper-personal responsibility, "you lazy fat Americans". You are right that something MORE is going on. We are being fattened up by plan, beyond those like myself who watch their endocrine systems collapse bombarded by a toxic, dysfunctional system. I found out that rats are fattened up PURPOSEFULLY and KNOWINGLY by lab technicians and researchers using MSG, so ask yourself why is it being poured into just about all our food?

Add to that the GMOs--a recent study proved that they cause obesity, and the fact that ANIMALS and BABIES [who are 6 months old and unable to go buy hamburgers by the sack] are getting FATTER too. [see articles above] Americans are being fattened up by plan. The megacorporations profit off this suffering. The pharmaceutical companies will as well. People will not live as long--population control. They profit off the adulterated food and the chemicals poured into it to make it addictive. No one, absolutely NO ONE who is severely obese, CHOOSES IT, it is one of the most stigmatized positions to be in. The suffering of the results of severe obesity are beyond the pale. I have suffered them all. [by the way the size acceptance movement is no help either while they are right about treating fat people with respect as human beings, they just say accept the fat, as it piles on and is the outcome of disturbed metabolisms]

The fat people on the scooters are the canaries in the coal mine, for the garbage food, endless acute stress, and environmental toxins of a destructive culture.

You wrote this: "But when you consider that 160 million out of 232 million adults in this country are either overweight or obese, along with 11 million adolescents, there must be something more sinister behind the phenomenon. "

YES THERE IS SOMETHING SINISTER. I am fat and something is going on......

Posted by Five Hundred Pound Peep at 6:28 AM