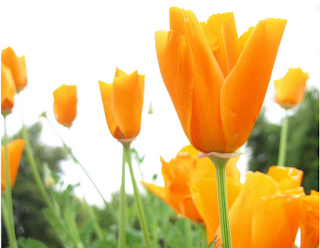 This week a close friend of mine died, and I have to admit, I've been taking it hard. She was diagnosed with stage 4 cancer and 3 weeks later was gone. Just a month ago as she was selling her house, we thought everything was alright. So it hit me like a ton of bricks, another friend gone, an empty place where a loved one once stood. I am still crying from time to time. My grief feels intense, and her death seems intermingled with the grief I had of leaving our shared community. Two other friends have died there recently as well. Everything on this earth is so fleeting.

Such issues definitely bring up one's mortality. Three good friends of mine have died in the last three-four years. I have my pictures and memories left. Religiously I do believe in heaven and the afterlife, but one will still have the pain of missing someone, and realizing they are gone. Most people when they hit their 40s do lose people and some of my friends who died were older then me.
I suppose this is something no one ever gets used to.

For me, losing friends can hit harder as I do not have a close family that is really part of my daily life. In many ways friends like this one were my family. Even when you lose someone, such issues come up as realizing the nonsense this world has you so busy with, everything about looks, appearances  and realizing life is so short. This friend stuck by many convictions, and cared about things. She stood up bravely for a number of causes including protesting the false wars that have bankrupted our nation. while we did not agree with everything politically she cared about the future, young people and people having a better life.  She was fun to talk to, she was idealistic about life and cared about the deeper things in the world and about other people. I will miss her so very much. I am thankful to the friends who have been supportive during this time.
Posted by Five Hundred Pound Peep at 6:35 AM