Why Do They See Fat As a Choice? 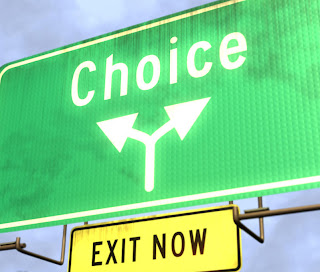 It's always made me wonder. They all point to fat people and say, you are choosing to be that way. Well news to the intellectual deficient...no one in their right mind would choose to be fat especially in this society. I've had days where I have actually wished I was born to a far thinner family, wondering what kind of different life I would have had, without all the accompanying suffering, watching a cousin now shoot up from 250lbs to what looks like near 400lbs, I don't want anyone else suffering this! What is sad, is they probably will inherit the ostracization that comes from thinner members of the family towards fatter ones. The chattering elite classes all say, well they can just diet and exercise and they all think that automatically works? Why? Well folks, its NOT working, and time to go back to the drawing board! Every fat person on the planet has spent time banging their head against the diet wall. Not everyone has the lung, heart, etc to go run a few miles. I have talked about on this blog, HOW MY LUNGS WENT FIRST, and then the fat came. One thing that happens to fat people, and no one talks about this, is they cannot exercise like the thin, you simply cannot get enough air in, and often become very ill, so why is that put forth as the "answer"? Some of these people seem to think fat people wake up thinking 'I want to be fat!" NO it is a nightmare. I had life near normal til I was almost 27 years old, and well life as a fat person is very hard. No one would choose this. No one at all.

Oprah had endless money for gyms, trainers, specialized chefs and still ended up fat, so what about the rest of us who can barely afford a specialized diet? Who wish we could afford a gym, but can't find one to accomodate us? If all these people really cared about the fat, there would be special gyms opened up nation wide, where someone 500lbs could get on a bicycle, they could peddle slowly even without worrying about breaking it, and having a room full of skinny hipsters give them a dirty look. There would be organic community gardens on every street corner where some of us could grow some decent food. But even that may not work. There is a reason the poor tend to be fatter, that stress and obesity are tied, and that chemicals, toxins and other things are ruining our health and uprooting our endocrine and metabolic systems. As plumes of radiation spiral from Japan, and the globe is brainwashed to "hate the fat", fat people suffer under the idiots who think "This is all a choice". Fat people have become voiceless, who have tried to tell their truth, only to be ignored over and over.
Posted by Five Hundred Pound Peep at 7:12 AM