Wannabe Physics Majors Fail When It Comes to Fat!

Liar, Liar, Pants on Fire! isn't going to fix the problem with obesity in this country.

Essentially that is the position of many out there.

So 40% of the population decided to become fat?

I don't think so. 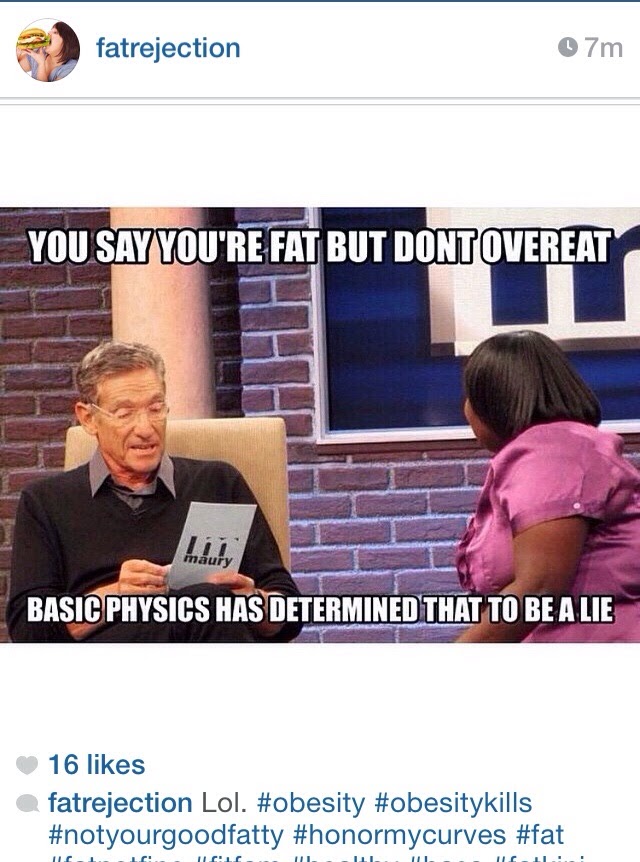 It's funny how many people out there think the human body runs like a car.

Put the gas in, it's supposed to all burn off like in a car?

Most of them should flunk high school chemistry on that one alone.

They are so so ever disgusted with the overeaters.

These aren't brains who will break out a copy of Salt, Sugar, Fat  and get the bigger picture. Remember that Idiocracy movie I mentioned, well, big picture thinking is falling by the way side. Fat people eat too much, is the thing they have burned into their brain like a laser.

You will note, that none ever ask, "Why are people eating so much?"

Even when it screws their bodies up.

A long time ago, I wrote this article.

How come none ever ask that question? A few scientists have like Lustig have.

It's the food, stupid, is my response.

Also it is metabolism, it does differ in people, but fat people are the CANARY in the COAL MINE in a toxic environment.

In other words some are more sensitive then others.

I have written down everything I've eaten in the last 4 months.

I know for sure there are thin people who eat about the same as me or less. I lost around 10lbs in the last 2 months. I believe that one has to actively prevent weight gain when they are at my size, this is to preserve my mobility. They do not realize since I lost down from near 700lbs, I have to fight to stay in the 500s. I want to be back down to the 400s, which I have reached on occasion. Of course the wannabe physics majors will claim, I have to be eating 4 pumpkin pies a day. My Flexitouch takes off enough water, I can have shorts fit one day that fall down the next.

Does Physics describe the totality of the human body?

Hasn't the calories in and calories out rule been disproven?

But they cling to that one so hard.

Because obesity is now becoming a them vs. us, class marker contest of profits and lies.

No one wants to hear the truth on that one.

Obesity is far more complicated then Calories in and Calories out.

And if anyone is really interested in solving the problem of obesity, they need to go back to metabolism, food and other issues.

Not pound on the 40 years of diets that have failed and the same shaming garbage. Obesity is the health problem they just want to abuse people over. I am not kidding myself thinking that the wannabe physics majors want me healthy and thin, they just see being thin as a status seeking enterprise where they can beat up on fat people because it is something sanctioned by this sick society. The sick society is causing the obesity to begin with.

Posted by Five Hundred Pound Peep at 8:37 AM