I couldn't talk to any of you! 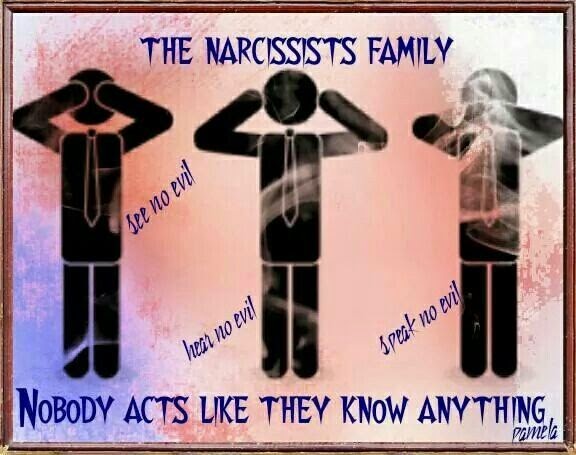 The worse thing about my relatives?

I never could talk to any of them.

One thing about my personality is if you knew me in real life, I love to talk. I am one of those people who is never bored, even if I am housebound and always examining or thinking about something. My husband has told me, my brain fascinates him. I take interest in things.

Last night I went to a genealogy conference at the library which was for beginners. It will help me on my adoption search and probing the family history. One side of the family I barely knew any of them, never met one great aunt or uncle on my father's side. I found it of intellectual interest too because I have a few friends who do genealogy. The whole concept fascinates me. I already have found many things out about my would be family. I found out the name of my father's first girlfriend in a newspaper from the 1950s and the names of other distant relatives. If anything, I am a good researcher. I am also working on researching  the adoption petition.

With the family there was absolutely no intellectual meeting of the minds. There was no one who wanted to "hear" me. Everything was invalidated. One thing that was interesting to me as I grew older in comparison was how my conversations flowed with friends. Heart to heart talks, hours of conversation, and sharing, and fun. There are close friends where we can talk for hours and we enjoy it.

What happened with those I was supposed to be biologically related to? Often I asked if it was my fault for years? This may sound mean, I've posted enough bad things about them to fill up this blog with it partially, but so many of my relatives seemed SLOW. Outside of a few cousins and their children, including one computer genius and the nieces and nephews still busy growing up, my family is an intellectual wasteland. With a few of them and no offense to the developmentally disabled, there seemed to be serious learning problems, where they just didn't read or seek to learn anything new. In this case, it seemed self chosen rather then real disabilities.

I knew some had grown up on the farm with very little intellectual stimulation but others who lived in the big city seemed no different.  I lived in a small town around many rural folks, I could talk to them about gardening to politics unlike the family.  The big city relatives just seemed to want to talk about shopping and gambling. There was no depth to be found there either.

Now before I try to toot my own horn, obviously they had better life skills then me, with the ability to make money and function but I couldn't get any of them to talk about anything of DEPTH? Do any ACONs here reading relate to this? In every book I have read fiction or non-fiction, most people connect with one relative, they feel they can talk to. Even Jan Brady had Aunt Jenny!

Eyes would cloud over as I talked about art. My politics pissed them off. Religion was a no go zone. History, current events, and music made their eyes glaze over. It seemed everything I said, even things of a neutral nature would piss them off. I wasn't who they wanted me to be and they obviously were not.

My mother's silence is the one thing that stands out to me. How the woman simply refused to talk to me my entire life. As a child I was left unprepared for life and totally clueless, since I simply wasn't told anything! All those visits to her house as an adult and there would be no discussion. Thankfully her husband was capable of a conversation but my father wasn't. With narcissists, many ACONs will attest to the very fact, that their parents took absolutely no interest in them as people. This silencing does something to a soul that is very insidious. You have no one to share yourself with because they are not interested.

One thing I am an avid and SERIOUS stamp collector. While I don't have any big money stamps, for me it is enjoyable. I manage it being poor, because I have gotten donated collections and have a connection to estate sales where one can get old stamp albums. If I ever have any real money, I would get even more deeper into this world. It is one I can even lose myself in. I still remember showing my mother, during the one visit in 2009, my stamp album and her looking at it and saying, "What's this for?". She then looked at me, scoffed and said, "What a stupid hobby!". Thankfully I do what I want and like what I like. Obviously at that point talking about stamp collecting was off the table.

And that is one thing, I have pondered since going NC, is how they never took any interest in anything about me. Lest someone says, "Well did you for them?" I tried. I wanted to fix what was broken. I examined myself too for my faults and inability to communicate.  What was I doing to make them angry? I wanted to fix it. I tried to whittle down things about an Aspie that would annoy people.

I tried to learn about video games I didn't care one iota about to connect with nephews. With my brother, I talked about authors such as James Patterson and Dean Koontz he liked. I would praise my mother on her house decorating or latest purchases. With my grandmother I would try and talk to her too. Aunt Scapegoat, I would talk about her favorite author Stephen King whose books I read all the time years ago.  I really tried. It didn't go anywhere. All seemed to give me the message to JUST SHUT UP!

They seemed to roll their eyes at everything I said even when trying to meet them in the middle. I knew by a young age, that whoever I had become, was someone they barely could tolerate. Even years ago on family visits, I knew no one was taking any interest in what I had to say about anything. I was so absolutely bored as I have written about before.  There were many times, I'd say one thing and the entire family would simply shout me down, one whole against me.

Being no contact this long, I am seeing some disturbing patterns that had escaped my notice. The insidiousness of being scapegoated is that you are silenced and made into a non-entity. Even trying to be heard, was such a fruitless gesture. But as time has gone on in my no contact--I have now hit a year and 4 months with the majority of them, some glaring problems are standing out to me in the communication between me and the family.

What would you think if the only time a brother calls you was to brag about a new purchase? Renting a new big house? Buying a new car? Why is he insistent on bragging to a sister of humble means? What does this mean? The other day his girlfriend private messaged me sending me a picture of their new large two story house they had rented.  I love my apartment but know what this is all about. I've gotten smarter not to play the game. She wrote, "Call Me!". I didn't. I knew it would be more of the same.

What would you think if you realized how much you were lied to by one aunt who just seemed to want to purchase the peace at all costs?

It's weird how so many patterns I was blinded to, are now cropping up. How I am finally getting a clue. Sometimes I think to myself "Oh you took so long!" but I was an Aspie surrounded by very manipulative people. I find it sad now that there is competition like that between siblings. My brother still sees me as someone to compete for the love and attention of my mother instead of a person in my own right. He is glad I have cut my mother off probably because it may mean more money in the will for him. There is no getting to know someone, or closeness or brother/sister intimacy in that mix.

Same for my N sister, she was as silent as my mother, taking no interest in other people and having no connection with them. In many ways I find my sister and mother's lives sad in that there is no real friendships, just people to compete with and see as objects to rise to the mountain top. There was always jealousy from both of them for my close friendships. One thing I heard as I walked about the door, was both complaining about my friends. People they didn't even know but were angry at for simply being friends with me!

Narcissists will set things up like that. By the way, my narcissistic mother's love-bombing of my brother continues as she went on another recent visit, visiting him more times in the last 2 months at his home then she has in 10 years. I do not think this is by accident but to make sure his loyalties remain with her.

I realized with the other family members, how they were AFRAID to talk about anything. Afraid of words being twisted, of others finding out about things? Of appearing too friendly and close to the scapegoat, that Queen Spider rejected? If relationships are that much trouble and turmoil, it's better to walk on in peace.

My mother was the queen of withholding. One thing you will notice what is missing with malignant narcissists.

She never shared one dream with me in her entire life. The kind you fall asleep to have and/or the kind where you look for better things in life.

This applied to so much of the family too. They never talk about goals, aspirations, feelings, God, spiritual matters, or anything deep.  The affect of narcissists on family systems is to silence everyone. Everyone is afraid. Information is to be doled out in teeny little pieces. Secrets are to be kept. No one is going to openly talk or share who they are with anyone. The control of information is the malignant narcissist's main goal.

I will say this, in many ways, we all did stay strangers. I couldn't talk to any of them. A family should be able to talk to each other right? Well this one didn't.

Posted by Five Hundred Pound Peep at 7:46 AM