The Republican Party Scares Me 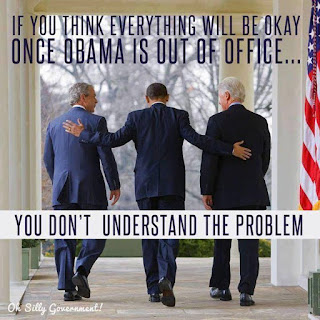 I hate both of the main parties but thought I would talk about the Republican party which so many of my fellow Christians seem so enamored with. Being poor and disabled around Republicans can be scary. As people are brainwashed more and more by the Ayn Rand disciples who bow before the "gods" of Big Business and others who think the infrastructure of the 1950s is still in place, attitudes have grown more cruel.  In reality Ayn Rand hated Christians and wrote books where all children and old people were removed, where everyone was strong and healthy and "empowered". Years ago I read libertarian magazines and have read Ayn Rand's writings. She praised selfishness. Yes she did. She wrote a book called "The Virtue of Selfishness". She in my opinion was a sociopath and one evidence was her praise for a murderer.  All she has done is helped brainwash people into worshipping the successful and sociopathic. So, no, I don't consider Rand Paul an alternative either. It can be scary out there.

You see some growing nasty attitudes. Being a disabled person on social security you can become a lightening rod for people's disgust. The news media and other influencers have played "Blame the poor" games so long, instead of looking at the banker bail-outs and trillion dollar wars, some Republicans have been led to hate the poor and disabled. People say the craziest things to my face and one thing someone said to me just other day was that Medicare and Social Security were slave systems. Does that mean I am a slave or just trying to survive?

What do I say to this but if that they didn't exist I'd be in the streets and I would be dead without any medical care? It is a covert shaming, and mean to say to a disabled woman, it is better that you go die, because you are costing the state money. I paid into social security same as everyone else while I was working. My husband paid into it for years too. The shills will scream that social security is bankrupting the nation instead of corporate welfare and pay-outs.

None of these Republicans will deal with the core matter that many people are disabled today from lack of medical insurance. Remember how I told you many people died young in my old rural town? Here's the real picture there, many were poor or working class without any medical insurance. Life spans aren't as long.  One good job with decent health insurance instead of my lousy may as well have no insurance at all 1,000 dollar deductible insurance at my residential counselor job, could have steered my life a completely opposite direction if my PCOS, Lipedema and thyroid disease had been diagnosed soon enough.

Some of these Republicans act like they want to see people literally laying in the gutter, or consigned to poor houses and urchins living in the streets.  One thing I have noticed among the Tea Party set is that they have NO ALTERNATIVES to offer for the poor or disabled. You are supposed to just go die. By the way all of my narcissistic relatives became Tea Party Republicans disgusted with the poor and those on welfare. Why do these people act like living wage jobs can be plucked from trees?

I remember one Republican from years ago demanding that work camps and orphanages be brought back into vogue. Was that the Grinch? Why do they always go after the stuff that actually helps people, do they realize how many trillions and billions have been spent on useless wars?

Not everyone has a supportive family who will take them in. In fact socially now we have this thing going where there are extremely rich people and very poor ones in the same family. One of my cousins is married to a multimillionaire. Baby Boomer parents can literally have millions while their adult children dumpster dive for food. The Tea Partiers seem to be people with money who don't care if others can't pay their rent or make it in this world. The Baby Boomers and older literally have 47 times the wealth as Generation X and the millennials. Generation X is entering it's 50s and well, the poverty hasn't lifted up. The good jobs are gone. One thing the Republican party may have to get a clue about if it wants to survive, is that poor people aren't going to vote for the people who will put them in the gutter. Now that the number of the poor is rising, it's something for them to pay attention to.

Then you see the rudeness about those who are on welfare. One meme that was pushed in right wing circles is that everyone on food stamps is buying lobster, T-bone steaks and bottles of wine. The reality is unless someone is a crook, and has multiple identities and EBT cards if you go buy lobster and a T-bone steak, you'll have dinner for one or two days with the other 28-29 days of the month to go without. People are so utterly clueless!

Of course the Republican party and Democrat party both seemed teamed up on ruining the economy so more people are dependent on welfare. Neither deals with the crux of the matter which is the limit of good jobs and the failure of our jobs system. They care more about giving trillions to bailing out bankers rather then rebuilding the infrastructure and abandoning the globalist nonsense that is destroying America.

Global Economy? 23 Facts Which Prove That Globalism Is Pushing The Standard Of Living Of The Middle Class Down To Third World Levels


I get mouth-droolers when I try to point out that MOST people on welfare are WORKING and the jobs simply do not pay enough. Wal-mart alone probably provides many EBT applicants. Many don't realize most states require that unless you are disabled, and are getting food stamps, you have to prove that you are looking for work or working a set period of time in a low wage job.  Many eyes glaze over when I try to explain how globalism is destroying our economy.

The worship of big business too, is one thing that has brainwashed so many to accept the abusive and "weed-out" job system where one has no more rights and where a boss whose had a bad hair day can destroy your entire economic future. One narcissistic man behind a desk can destroy your entire economic future with a flick of a wrist.  You ever notice the way the job world is run, is never questioned by anyone? How come? 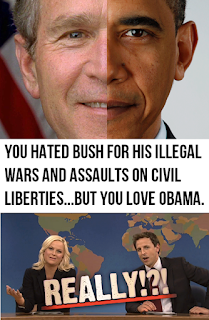 For those who say let the churches take care of everyone, what church has the money for what medical costs cost today? What gets me about the Republican party is as the rotten politicians, import more cheap labor--notice the Republicans are on board with the Democrats on that, and outsource more jobs and support along with Obama trade deals that will destroy the American economy like the Trans-Pacific Partnership, these people seem eager to support things that will lead to their own demise! Both the Democrat and Republican party while they argue about social matters, they are joined hand in hand in destroying the economy, outsourcing the jobs, importing cheap labor, and handing profits and power over to their banker and corporate buddies. In my opinion both parties work TOGETHER behind the scenes. There's a reason Bush #1 and Clinton loved to go golfing together. There's a reason "liberal" Obama has continued all the wars and signed the NDAA-[basically an advanced Patriot Act with more teeth]. 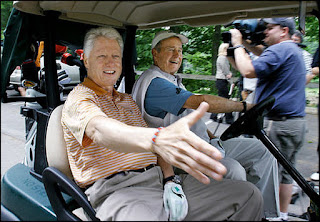 [picture source]
There's a reason we may soon be given the non-choice between Hillary and Jeb Bush. Notice the same rotation of names over and over again? Who would be crazy enough to vote for a THIRD Bush but people are. Some think more Populist Bernie Sanders will make it or a more reasonable Republican but come on in every election they have the contenders who aren't as big corporate lackeys that are sent to the corners once the big show time is in swing. Sadly people will act like there is a difference between Hillary and Jeb Bush. There really isn't outside a few social issues. 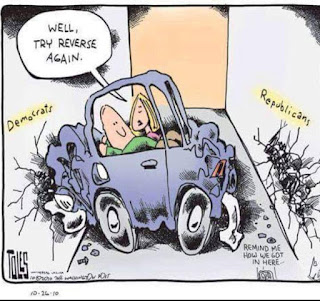 The other day I was in my church on Memorial Day. I like my church and think the people there are nice, though more and more do understand why people are homechurching it. Why on earth in 2015, after all the lies of Bush have been exposed to the entire internet and on both right and left, do I have to hear how our veterans are "fighting for our freedom" in the Middle East.  I believe veterans should be honored but don't buy that propaganda! Do people still believe that? I suppose they do. After all our "conservative" news outlets push that meme even though when pushed everyone will admit we went to war for oil, the bankers and corporations. Our poor veterans are being used and abused putting their lives on the line for the globalists. I wish people would wake up. Sometimes I get tired because the brainwashing is so immense. The shill Rush Limbaugh did enough damage getting people to think a certain way. I am only one person. Yes I've been called crazy for trying to get people to look up what Plan for a New American Century was and to learn the facts about 9-11. It's not easy being a person who is awake and aware in this world of the spiritual sleepy heads. 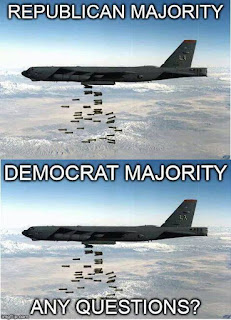 I'm not a pacifist, but why do so many Christians agree with the Republican party more then the Bible? War and more war, oppress the poor, kneel before big business and the power hungry narcissists. There is a reason why the most sociopathic rise to power in our society. There is wickedness in human nature where people worship unadulterated power and guile. As a Christian I am in political no-man land, I don't want to vote for the Democrat party either.  In my case I was long ago done with both. I told my dominantly Republican church in 2004, that Bush was a wicked man lying to us even the pastor.

Even with the Duggars--you know that family that appears so Christian, they really are cult members who worship mammon and the politics of this world. They are all Republican too, and don't question the system. Now that they have been exposed hiding some pretty huge evils in their household, I am not surprised.

I wish more people would wake up and realize the truth about these politicial parties. The Republican party claims to be the "Christian" party too but it is anything but in my opinion. The "lesser evil" is still evil.


Update: I know the fundamentalists affected my political thinking. I deconverted some years ago. I still remain troubled at the enabling of the Republican party by the Democratic party and corporate owned interests.
Posted by Five Hundred Pound Peep at 8:10 AM

Email ThisBlogThis!Share to TwitterShare to FacebookShare to Pinterest
Labels: Be an Independent Thinker, Politics, Poor People