Was Daria An Aspie? 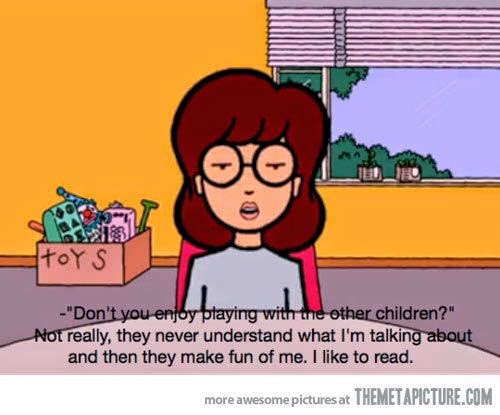 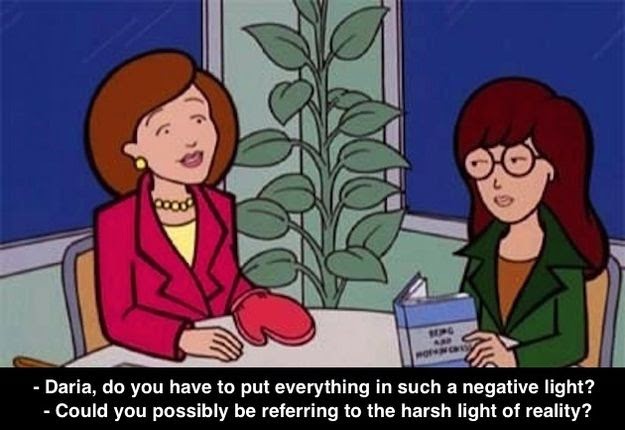 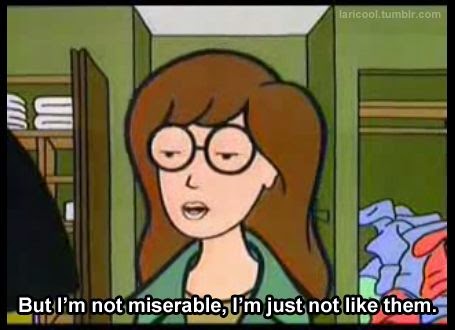 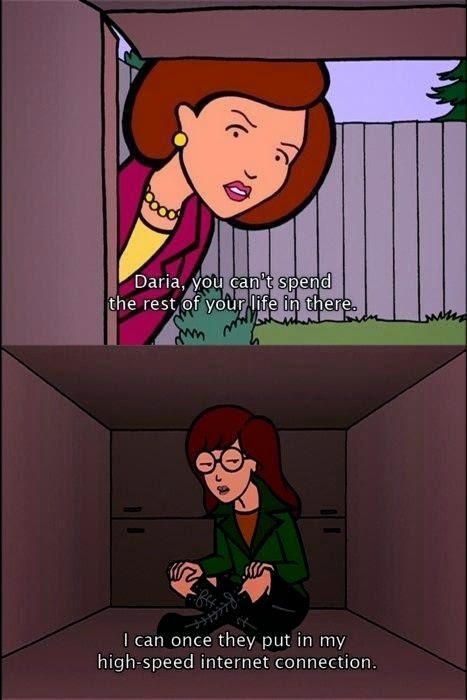 I watched Daria all the time. Finally a shy bookworm high school student. She questioned society and shallowness around her. Probably the MTV denizens just saw her as an alternative nihilistic wannabe slacker for the 1990s, but as a character she was much more. She'd be more stoic and perhaps logical then myself in personality but I wonder if Daria was an Aspie? I am glad she had Jane. I always wanted a cool art friend in high school but was too much of a nerd even for those cliques. The first picture describes me to a tee. I got friends later which is good but I still read a bunch of books.
Posted by Five Hundred Pound Peep at 9:15 PM