The Social Attitudes Towards the Chronically Ill 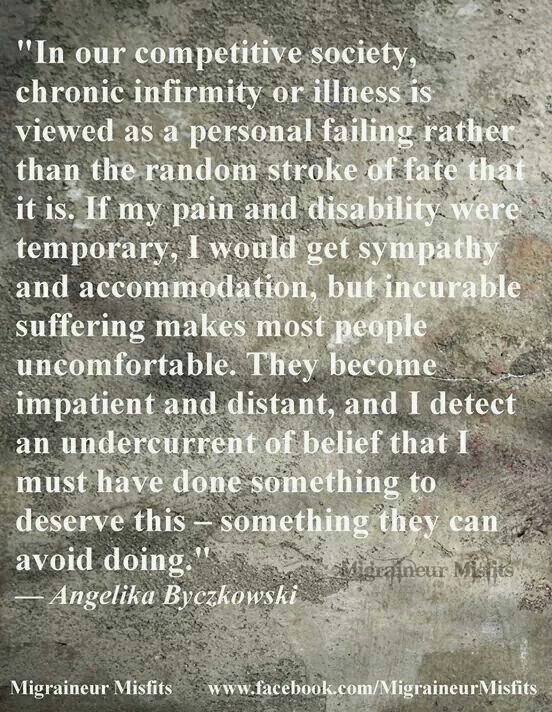 The positive thinking patrol stuff is a heavy, heavy burden on those with chronic illness, who may not have a "cure" in sight. I noticed about 20 years ago, bad health became about personal failure, and this is based I believe in New Age and other philosophies that became prevalent in society. The Bible speaks of "rain falling on the just and unjust" but according to widespread ideas of KARMA now so infused in our society, people supposedly get "what they deserve" in this life and if they get horribly ill, it is supposedly their fault. Of course with all the competition with the corporations and consumerist society making everything a carrot on the stick fest, health is like an eternal contest even among the healthy. Whose got the most perfect body counts more today then good character and it has led us to this place where there is little compassion and mercy for the very ill.
Posted by Five Hundred Pound Peep at 10:39 AM