False Forgiveness is a Trap with Malignant Narcissists 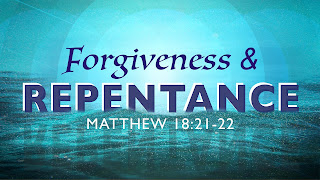 Us ACONs are told to forgive.

Many of us already did and how can I say this? It failed.

Forgiving a Narc is just another way to get your heart broken and your face slammed down into the ground.

In 2002, I became a  born again Christian, and I remember thinking at the time, I need to make relationships "right" and I decided to "forgive" my mother.  After all the Bible says "Honor your mother and father." After all Jesus preached we are to forgive. Of course most of the pastors ignore the part about the wicked repenting to receive this forgiveness.

I found it interesting in one of the psycho comments, one line was "I don't forgive the unworthy". You can't really forgive someone who doesn't think they have done anything wrong.

At the time, I sought to understand my mother and thought to myself, she had a hard time growing up on the farm. She had a husband who yelled way too much. She had siblings who died. I also convinced myself of this line of thinking, maybe she is very reticient and hides her true emotions inside. In other words, manufactured depth of hidden emotions became my fantasy world about my mother.  The coldness I faced was too hard to even tell myself the truth about.

Sure for years I knew, "My mother hates me", but I blamed myself for that hate and sad to say even into my 30s at that time, I was still in that fog.

Even in my cartoon diaries and journals during those years I wrote things like, "I wasn't the best daughter, she couldn't deal with me" blaming myself for being fat, for being so different. By 2000, I found out about my Aspergers and told her.  I thought it would open the door for greater understanding. That she would realize what I was facing. Ironically that year my brother's son, was diagnosed with High Functioning Autism which is a notch below Aspergers on the spectrum but this changed NOTHING. There was no new understanding. There was no desire to even try to understand Aspergers but then the same applied to my medical health.

How many of us are told we are wicked for having anger towards our abusers? Even in the world of forgiveness most will take up for the estranged parents of no contact. They will tell the ACON they are "unforgiving" and that we "hold grudges". Remember my first no contact? I was guilted into coming back and told I needed to reconcile and to be a "nice" person. To be sure, after my two years of NC now, they are saying I am the one who is cold. No one will hold her responsible. The majority sadly will defend the narcissists.

Forgiveness is often a hammer used upon the head of ACONS. "Why haven't you forgiven your parents?" "Why do you hold grudges?" "Why are you so unforgiving?". No one will ask the narcissists, "Why don't you apologize?", "Why are you so mean?", "Why are you so cold?"  So at that time I gave in and decided to "forgive". I decided to be nice and kind to my mother. I made her a glass painting of flowers. I would come and visit. I tried to ignore as much meanness as possible even being disinvited from some family events. I had the false belief that my husband would move up in his newspaper career and some stability would return and she would be more accepting and no longer embarrassed over us being poor and would treat us better.

I still believed that I may even be diagnosed with something they could cure and regain my life at that time. 2002, I had lost over 200lbs from 1999-2001 from near 700lbs all the way down to 450lbs. [I was 480 two years ago and 508 last week--I have fought the same 100lbs over and over since that time] The family didn't like that I was still so fat but obviously knew I was losing weight. I had hope back then that maybe one day my mother would love me. How sad.

This is one reason, the events of 8 years ago, where we sunk back into poverty hit me so hard. Back then I had escaped the ghetto and saw hope for my future even if my health was very poor still.

One weird day on the way home from visiting I even gave her a hug that was not returned, her bony shoulders remaining rigid, to my attempts of kindness. She never had given me a hug in her entire life. I stepped back. It was an uncomfortable moment that remains with me that brought with a nervous laugh and getting away as fast as possible. Do people who don't even want our love even deserve our forgiveness too? Think about that one.

What did the "forgiveness" of that time mean? It meant nothing. It was like "forgiving" a brick wall. She had no concern for my feelings. In 2001, one of her best friends told me that my weight disgusted her. Trust me if you are still fat you can drop hundreds of pounds and it doesn't matter. Times back then were only better then that instead of being left to die in the ghetto, I did get a bit of help with used cars and car repairs but no one ever paid our monthly bills but us.  Of course I would find out later this was resented. Even then I would have inklings, she just didn't want to see me on her doorstep as the world stayed her financial oyster and the world seem to conspire to shove me and my husband under the highway underpass. There was no real change or remorse or her even reaching out to me in an emotional or other way.

Spiritually I am in a different place then I was back then. I was trying to be what I thought was a "good" Christian, and doing what I thought I was supposed to. However I had been given false information. I did not know enough of the Bible to know the verses about departing from evil or what "seared" even meant yet.

I was very sincere then in my seeking forgiveness but the me today would ask "Why lie to God?" I'm in the place now where if I did a whole "forgiveness" act, God would know I was a liar. It would also be saying how I was treated was okay. It was not. It was evil and needs stood against. I would be a hypocrite to condone the behavior and ongoing machinations since I have gone NC.

I also changed my mind theologically, I believe one reason evil is so rampant is no one stands against it, they want it enabled and immediately forgiven even if there is no repentance. We live in the days where churches and others say "Forgive the wicked!", but no one calls for the wicked to repent. Ever see a flying monkey or one of those enablers or silent bystanders do it? I sure haven't!

Today we have many famous people who use the currency of false forgiveness to continue with evil deeds.  Forgiveness given to a person who isn't sorry really is meaningless, its like vapor in the wind, a fart in the hall. It dissipates into nothing. What did my "forgiveness" mean? It meant nothing. Even for those who may theorize that my forgiveness was for my own good, it did not accomplish good for me but just opened me up for more evil. It put me in a vulnerable place. It allowed me to be squashed even more.

I believe false forgiveness actually can give more power to narcissists to hurt and commit more evils.

Some years ago, I discovered this article, and it blew my mind. It also woke me up.

Forgiveness-Not Necessarily What You Think

"In Luke 17:3, Jesus tells us very clearly that we are to forgive someone who sins against us IF he repents.   God does not want us to continue to be abused, in fact, we are told to shun evildoers ( Some examples are Psalm 37:9, Psalm 119:115, Matthew 18:17, Titus 3:10-11, 1 Corinthians 5:1-5.  See the article "No Forgiveness For The Unrepentant" under this heading on the left menu for more).  But if there is true repentance (see Helpful Definitions), the Lord does want us to forgive."

That was the part of the equation missing.

Both have to exist for true forgiveness to be there. Spiritually I have to obey God not to avenge myself. We are to hand the narcissists over to Him to deal with but false forgiveness? I would be just fooling myself.  I had forgiven before and it had failed. Now I know why. We cannot control what other people do. We are not spiritually responsible for them or their decisions. We can only control ourselves.  I understand those who warn of harboring hate in one's heart and who warn of it eating someone up inside but false forgiveness and playing pretend isn't going to work either. Too many people are told to forgive abusers who have no interest in ever repenting. The course of action then is to depart from evil and have nothing to do with it. We don't owe our abusers anything, certainly no more of us kneeling before them and offering them gifts they will shred to pieces in front of our eyes.

Maybe some will define forgiveness as letting go of the pain and making sure not to let one's self get eaten alive so I understand it from that perspective but even there, this is a process that each person will have to do in their own timing. Too many judge people who are hurting who are begging to God to free them from the hurt in their heart. I have prayed to God to allow me make the right steps here. It's not easy and is very complex. I hope for more peace one day but I also know what I have been dealing with.

Smakintosh made some good videos dealing with this issue too.

The Two Levels of Forgiveness-Forgiving the Narcissist

False Forgiveness can play into the narcissist's hands too as they exploit and manipulate those with consciences to offer them their forgiveness as shown in this video:

This is the trap I fell into.

Update: I am no longer a Christian and deconverted, and now believe Christianity enables a lot of evil, by preaching forgive and forget and shaming victims of abuse for being "unforgiving" more then the abusers for scapegoating or abuse. I failed to shut down all my emotions and repress them. Forgiving just opened me up to be re-abused. Moving on is healthy, being no contact and finding a new life are good things, but don't let anyone tell you what to feel or not to feel.
Posted by Five Hundred Pound Peep at 9:32 PM