New Zealand Tells Man He Is Too Fat to Live There 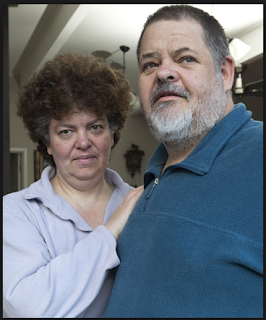 I wonder what the obesity rates in New Zealand are? Probably pretty low. The man is only in the 200s. Haven't these folks ever heard the saying, "Never Trust a Skinny Chef?" Immigration rules are not applied fairly at all in many nations. It seems strange to me how insane rules are applied to some and not to others. Try marrying someone in America from Europe or Australia and trying to get over here if you are poor or lower income while illegal immigrants pour over our border and then get granted amnesty. I know a couple personally that got divorced because immigration rules in two Western nations prevented them being together. Oh one weird rule no one knows about if you are disabled, even Canada doesn't want you. They barred this one man who was a doctor who had a disabled child.

New Zealand Tells Man He is Too Fat to Live There

"New Zealand has rejected the work visa of a chef who has been living there since 2007, all because he is simply too fat for the small island nation.

Albert Buitenhuis, who weighs 286 pounds (or 130 kilograms, if you care for that sort of thing), first moved to New Zealand in 2007 from South Africa. He and his wife had no problems renewing their work visas each year, with Albert steadily working as a chef in Christchurch.

But now the couple might be forced to leave their adopted island home, as immigration officials have rejected their work visas after it was found that Albert did not have "an acceptable standard of health." This, coming from a country that has one of the highest rates of obesity in the world.

"We applied year after year and there were no issues," Albert's wife, Marthie, told the BBC. "They never mentioned Albert's weight or his health once and he was a lot heavier then."

Albert has lost over 70 pounds since moving to New Zealand. But the authorities remain unmoved by Buitenhuis's weight loss.

"It is important that all migrants have an acceptable standard of health to minimise costs and demands on New Zealand's health services," New Zealand's immigration minister said, pointing out that Buitenhuis is at a high risk for diabetes and hypertension and should be sent away from the fitness spa/Ubermenschland that is New Zealand."

Posted by Five Hundred Pound Peep at 7:36 AM