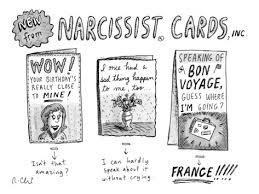 Remember how I wrote about going NC? [no contact] All newbies to this blog, go to that link, my family is not normal. Ah the very idea of a group of people I am related to "seeing" me and being there for me and "knowing" me sounds like a dream.

Well after three months of total silence they all deluged on me at once, on my birthday. Eight unanswered phone calls screened with caller-ID, a series of cards all within the same day. Can't one ever act independent of the others? A strange letter from my mother, "we all love you" and "want you back in our lives" with comments about how well and busy everyone is. No questions asked about why I walked. No, "we are sorry you feel so bad" but "It saddens me you have chosen not to have any contact with us, but I guess that is your choice."

Her letter had the appearance of a loving letter though one friend pointed out, she wrote "we love you" and not "I love you". It left me cold. Nothing ever personal, just the formality of what a "proper" mother should write an adult daughter. The thing about all this is I never could question anything. I think back to all my ignored questions, "why do you disinvite me from places?, why do you say those bad things about me?, why don't you ever stand up for me, such as the time your sister you visit all the time trashed my painting and threw it in the closet?" That forcing of silence has been the worse, feeling walled off, told only to be go through the motions which is what I did for so so long.

Why tell me everyone is so busy, when one of the problems from the get go was I was invisible. I didn't imagine the 4 years of no one on my doorstep and my mother dumping those presents off in 2 minutes flat and walking out to go spend a week with my sister and her family? Why contact me all? To feel better about themselves? To tell themselves, we tried and she is mean and ignored us? None of the core problems are being addressed. If I crawl back now, it will be more of the same. Take the crumbs we are throwing you and be satisfied with nothing else seems to be the message to me.

Do I want to go back to people who make me feel like dirt and that I am nothing. Who because I became disabled  and low income rendered me to the outskirts of social Siberia, long long ago? The answer is NO, but my feelings of grief and guilt as the phone rang off the hook and the cards came in just seemed to grow bigger. One's calling me right now as I write this. Why can't one ask what is wrong instead of just insistence I step back in line and forget all?

I lose either way, hold the course and remain no contact but have absolutely no family or go running back to the same abuse that has tore me down and trust me even if I deal with the overt stuff there is plenty of covert. I always lost with these people. I am sure my younger relatives will cheer for me being gone as they split up any inherited goodies.

The bragging never stops either, why tell me my brother has a new business, I have no idea how someone went from needing money from their mother ever month to pay bills to a sudden new business venture, but how is that supposed to make me feel? Ah he knows the score, you have to be a success to mean anything. Babies, and Eagle Scouts and all those pictures of smiles next to the thin. I felt like I was thrown away first.

Daydreams flitter through my head, if only I won the Lotto, if only I had gotten thin, if only my husband had not lost the job we moved here for that had middle class pay, if only the publishers had been interested in my book from 1999, I tried to publish after my weight gain. Professionally edited, this blog is not, but that book was! No children to display, no nothing. I used to have the family tell me, "You can't blame us for YOUR failures", but then the pain I felt around them never stopped.

My grief and regrets about life are all balled up into a big mess with the negative messages from my family. My birthday by the way went happy enough when I stayed out of the house, but it got hot and I was housebound.

My sister's birthday card was impersonal along with a message on a social website. "Thinking of you" is what they said. That is what I write myself on cards I make for perfect strangers in the hospital for my self help group, but there is a bit more warmth with the art and pictures on those cards. Why does she hate me so much? It would be easier to be told off then the endless fakery for appearances.

I also got a letter from the "godmother" who is a cousin of my mother who I haven't seen in 40 years but feels some religious duty via a religion I long left to write me and tell me how successful each of her children and grandchildren are including the head of a major university art program. She seems to be another German carbon copy of no emotions and putting one's self on display. How on earth does an ex home economic teacher from a very little town have endless money to travel to a new foreign nation every year? Peru acouple years ago, a recent Alaskan cruise, some other places I've never heard of.  Those pensions must be wonderful. See the cartoon above, instead of France, it's Alaska, and I got a birth announcement too!

Ah did that make me sound bitter and envious, maybe a little bit. Her lack of introspection troubles me too.

The most recent was hearing about her daughter's art show. What a way to rub it! Is everything with success with these people? I had art shows too, but none of them were around to go to them. What does she want from me? She never was really in my life. I'm tempted to write and ask, why are you bothering? "I never saw you and you were never there for me when I was young." I remember dying for someone to come pay attention to me during those ages and she was never there. She was just another stranger doing her duty.

Not one ally among these people, not one, and it's creepy how there isn't one word for months and they come running on the same day. Didn't they know that ignoring someone who is facing severe health problems and refusing to visit them even as they feared their time was growing short, that person would give up on them? Didn't they think I'd get tired and after having the door slammed shut in my face over and over, finally say "I am done!"

I know some people may think I am being harsh here. This is against my nature to even be like this, but what do I do, I can't take the abuse anymore either.
Posted by Five Hundred Pound Peep at 10:26 AM