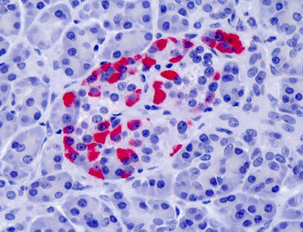 On this blog, I have explored the concept of hunger, and how I believe fat people are far hungrier, this is definitely being helped along with the "Bliss points" the corporations are putting in the food but may have other factors such as the toxins and stress of our society. Why is the human body hungry for food it does not need? Why do I wake up with hunger pain so strong I feel like I got run over by a truck and it comes to revisit me every 4-5 hours without pause? It can be after protein or vegetables too.  Lately sometimes I DON'T EVEN WANT TO EAT, I feel annoyed by the trouble of it all, trying to choose, wanting to do other things, but the hunger pain seems to be a harsh task master. Are there any [legal of course] drugs to kill hunger pain? One thing I want to know is why do they tell fat people they are lying when they describe the degree of hunger that they face? They will mither on about "addiction" and "cravings", but would any get the concept that more is going on?


Obese people never feel full after eating due to a 'misfiring' hormone, according to a new study.

Researchers found glucagon, a hormone involved in regulating appetite, loses its ability to help obese people feel full after a meal, but it continues to suppress hunger pangs in people with type 1 diabetes.

The primary role of glucagon, which is secreted by the pancreas, is to signal the body to release stored glucose when blood sugar falls too low.

But growing evidence suggests the hormone may also play a role in controlling food intake and feelings of fullness, or satiation, through signalling the body to reduce levels of other appetite hormones such as ghrelin.

'Further research is needed to determine why glucagon no longer suppresses appetite effectively in this population, even though they are otherwise healthy.'

It seems kind of messed up once you are fat, you get hungrier and your GLUCAGON no longer works. Usually the human body seems to have built in loop systems that make up for one another but I have noticed not with obesity? Is this because for most of human history everyone starved?

Try to avoid the comment section, I seem to notice a bit more fat hatred among the English populace, maybe because the fat are rarer there?


Posted by Five Hundred Pound Peep at 6:05 AM