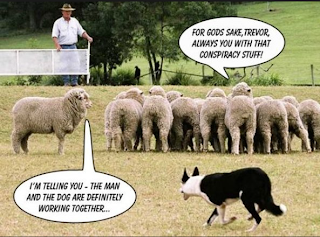 
"Do you know what came onto the farming scene about 23 years before that report came out? Monsanto’s genetically-modified crops. I’m not talking about crops that were now drought resistant by selective breeding or cross breeding, I mean crops that could never mutate on their own made into -icide resistant or -icide producing plants (e.g., herbicide, pesticide). I mean plants that had their DNA drastically altered and plants that were never tested in any long-term studies except for the ongoing study done on the public by companies that stand to profit from said plants. Monsanto has gone to great lengths to suppress or make illegal any study done on their crops; however, studies that have been done do not show good results. However, it’s not like we can dodge these crops. Monsanto controls 93% of soybean crops, 86% of corn crops, 93% of cotton crops, and 93% of canola seed crops in the United States alone. Corn and soy and their derivatives make up 40% of the typical American’s daily diet."


Hey let's break it down, something more is going on....

Can they tell the world anymore, that everyone is an overeating glutton when the numbers of people getting fat is so large? People are not just plumping up a little bit, they are getting FAT! I almost died because doctors would not believe WHY I was gaining weight. Even now the battle is on to get to the core root of the kidney stones, and why am I having to deal with so many limited thinkers? I had not just dozens of the things but HUNDREDS when added it up. I have told them my theories but no one is investigating or nod their heads and give me medicines that deal with the immediate problem but explore no further. I even read the other day parathyroid problems which I have had, create kidney stones. Am I crazy to say "Get to the root cause!?" I'm tired, one does not expect mouth breathers among the medical profession. One even told me, "you are very smart", but then I think "Why do you NOT listen?" The guy who coined this saying affected medicine in some averse ways... "When you hear hoofbeats, think of horses not zebras".[2]" But you see they have been trained to focus on the lower common denominators, so when a zebra passes by, they miss it. 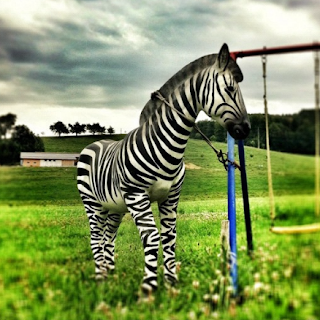 Well with OBESITY, the zebras are IN YOUR FACE.

At least there are a few scientists thinking and saying, hey when 40% or MORE of a population is rapidly fattening up, more is going on then everyone just waking up and deciding to be a bunch of fat overeating pigs!

Part of the dumbing down of our society includes this limited thinking, this not exploring things further, taking the experts, often who have their own agendas in the mix and their words for granted.

For example, look over there, as America decides to enter another war it cannot afford.

Did you know Cheney and pals listed Syria along with Libya and a few other countries even when Bush came along? Is it by chance they have ended up all on the "war list"? Iran was listed too, just so you know. Which side are we on again? Ah, some may call you crazy, but they made their plans known years ago in "Project for a New American Century". Obama is just the puppet. You think he cares about our declining infrastructure and collapsing economy as he has this country enter another would be war? Hey some will scream "Tin-hatter!" and they often have about 9-11 long ago. Same for obesity. Same for our crooked banking and financial system as they print money that has no backing. Same for a wide variety of other topics. America is going to be paying a high price for it's descent into Idiocracy and controlled thinking.

The thinking about obesity is CONTROLLED just like everything else....

As I have written here...

"Seeing Through the Obesity Lies"

"Even in the fat world, we got the two sides just like we have the two fake parties advancing globalism and the dismantling of the America economy when it comes to obesity we have "the good cop" side of extreme "size acceptance"--"learn to love your fat, accept your new fat reality and be happy about it" vs. the "bad cop" Diet industrial complex: "You obese people are lazy sloths and gluttons and responsible for your horrible bodies gone amuck!".

Yes, I do feel like the lone voice out there though there are some supporters and those who think the way I do, our point of view isn't getting the dominant air play. I guess well because there's no one to profit from it. And while there are some sincere researchers who make an occasional appearance who want to get to the root of the obesity problem and actually HELP people, I dare say there are many who will NEVER ALLOW this to happen. Some can cry 'conspiracy theory", but I always found that the most silliest of terms, as if conspiracies are not exposed nightly on our news, where corruption and greed rule?"

I hate the term conspiracy theory, while there is a lot of nonsense out there, they have trained society like Pavlovian Dogs to shut down their minds once someone starts screaming about the tin-hatters. Critical thinking gets side stepped because no one wants to be “embarrassed” or called “crazy” and it tells to people step back in line right to the status quo. There is a lot that our media lies about as well as the diet industrial complex.

All I know is when American companies, and fast food enters a developing nation, everyone gets fatter! Did everyone suddenly give up their “will-power” and became over-eating gluttons because McDonalds and KFC showed up?

I know on my blog I address these matters quite a bit. The thin people just are less prone to obesity and probably have a mechanism in their bodies, that keeps them from getting fat [agree with the commenter about inflammation] but one thing I have noticed is far more are getting sick and autoimmune disorders. My elderly friends said their daughters and sons were far more sick. Something is going on, people are getting fatter.

Obesity Conspiracy
Posted by Five Hundred Pound Peep at 6:12 AM